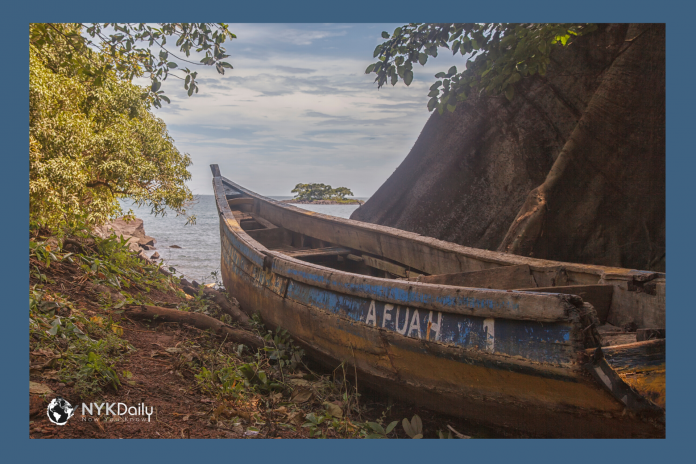 Welcome to part two of the History of Sierra Leone.

You can read part 1 here.

In the 1800s, Sierra Leone was a tiny colony stretching a few miles up from Freetown. The extent of the territory that makes up present-day Sierra Leone was still the sovereign province of indigenous communities such as the Temne and Mende. The tiny population of the Colony influenced it only a little. Over the 19th century, that slowly changed. The Creoles and British in the Freetown area built their involvement and control over the surrounding territory by engaging in trade which was promoted and increased through making treaties and military expeditions.

In their treaties with the native chiefs, the British were primarily concerned with ensuring regional peace so that business would not be disrupted. The British government agreed to pay a manager a stipend in return for a promise from him to keep the peace with his neighbors. Other specific obligations extracted from a chief might include keeping roads open, allowing the British to secure customs duties and presenting disputes with his neighbors to British adjudication. In the decades following Britain’s ban on the slave trade in 1807, the treaties sometimes required chiefs to desist from slave-trading. Elimination of slave-trading and elimination of inter-chiefdom war went hand-in-hand because the business thrived on the battles (and caused them). Thus, the commercial reasons for settlement could be added to anti-slavery ones.

When friendly persuasion couldn’t secure their interests, the British were not above (to borrow Carl von Clausewitz’s phrase) “continuing diplomacy by other means.” At least by the mid-1820s, the navy and army were going out from the Colony to attack chiefs whose conduct did not agree to British dictates. In 1826, Governor Turner led troops to the Bum–Kittam area, seized two stockaded towns, burnt others and declared a blockade on the coast as far as Cape Mount. This was partly an anti-slaving operation and partly to punish the chief for denying territory to the British. Later that year, acting-Governor Macaulay sent out an excursion that went up the Jong river and smoked Commenda, a town belonging to a related chief. In 1829, the colonial authorities founded the Sierra Leone Police Corps. In 1890, this force was divided into the Civilian Police and the Frontier Police.

The British developed a modus operandi that portrayed their invasions throughout the century: army or frontier police, with naval support if feasible, would bombard a town and then usually torch it after the protectors had fled or been defeated. Wherever possible, local enemies of the party being assaulted were invited by the British to follow them as allies.

When efforts were made to collect the house tax in 1898, the chiefs and their people rose: first in the north, led by a powerful Temne chief called Bai Bureh, and then in Mende nation to the south. Together, the two risings are associated with the Hut Tax War of 1898, though they had quite different characteristics.

Bai Bureh’s forces conducted a disciplined and skillfully administered guerrilla campaign, which caused considerable British difficulty. Hostilities began in February; Bureh’s harassing tactics frustrated the British first, but by May, they were gaining ground. The rainy season hindered hostilities until October when the British resumed the slow process of defeating the Africans’ stockades. When most of these defenses had been eliminated, Bureh was captured in November.

The Mende war was a mass uprising, intended somehow to start everywhere on 27 and 28 April, in which nearly all “outsiders”—whether European or Creole—were caught and summarily beheaded. Although more fearsome than Bai Bureh’s rising, it was amorphous, lacked a specific strategy, and was contained in most areas within two months. Mende rebels in the center of the country were not beaten until November; however, Mende king Nyagua’s son Maghi, in alliance with some Kissi, continued to fight in the extreme east of the Protectorate until August 1899.

The administrator of the revolutions, Bai Bureh, Nyagua, and Be Sherbro (Gbana Lewis), were exiled to the Gold Coast on July 30, 1899; many of their subordinates were executed.

In the early 19th century, Freetown served as the home of the British governor, who also ruled the Gold Coast (now Ghana) and the Gambia settlements. Sierra Leone also labored as the educational center of British West Africa. Fourah Bay College, established in 1827, rapidly became an attraction for English-speaking Africans on the west coast. For more than a century, it was the only European-style university in westward Sub-Saharan Africa.

After the Hut Tax War, there was no more large-scale military opposition to colonialism. Opposition and resistance continued but took other forms. Vocal political dissent came largely from the Creoles, who had a sizeable middle and upper class of business-people and European-educated experts such as lawyers and doctors. In the mid-19th century, they had enjoyed a time of considerable political influence, but in the late 19th century, the government became much less open to them.

However, they continued to press for political rights and ran a variety of newspapers that governors deemed troublesome and demagogic. In 1924, a new constitution was put in place, introducing elected representation (3 out of 22 members), with the first elections held on October 28. Prominent among the Creoles necessitating change were the popular nationalist H.C. Bankole-Bright, General Secretary of the Sierra Leone Branch of the National Congress of British West Africa (NCBWA), and the socialist I.T.A. Wallace-Johnson, founder of the West African Youth League.

On the conclusion of talks in London, Britain agreed to award Sierra Leone Independence on April 27, 1961.

Source: Countries and Their Cultures. “Culture of Sierra Leone,” A Miscellany of Missionary Information for Young Persons and Wiki