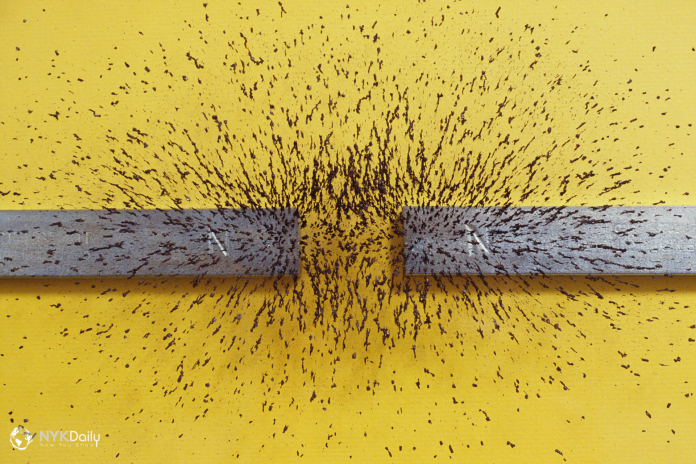 What is a magnet?

A magnet is a matter or object that creates a magnetic field. This magnetic field cannot be seen but is responsible for a magnet’s most well-known property: a force that pulls on other ferromagnetic materials, such as iron and repels or attracts other magnets.

Magnetism is a form of physical phenomena that is propitiated by magnetic fields. Electric currents and the magnetic properties of fundamental particles give rise to magnetic fields which act on other magnetic and current moments. Magnetism is one aspect of the combined miracle of electromagnetism.

We saw the bookish definitions above. Lets’ explore the storied history of Magnets with a more personal touch now.

Magnetism was first observed in the ancient world when humans noticed that lodestones, naturally magnetized parts of the mineral magnetite, could pull iron. The word magnet is derived from the Greek term μαγνῆτις λίθος magnētis lithos, “the Magnesian stone, lodestone.”

In early Greece, Aristotle assigned the first of what could be called a scientific analysis of magnetism to the philosopher Thales of Miletus, who lived from about 625 BC to about 545 BC.

The early Indian medical text Sushruta Samhita narrates using magnetite to remove arrows embedded in a person’s body. This is the earliest account of using magnetism in human life. The ancient Vedas concluded polarity exits in every human being.

Origin of the word in Greek Mythology

Around 2500 B.C.E., a young shepherd boy named Magnes lived near Mount Ida in Greece, a hill generally discussed in Greek mythology. According to the legend, Magnes used to carry sandals with iron soles. He found it challenging to climb up the ridge where he tended his sheep because of the extreme amounts of the natural magnetic mineral, or lodestone present in the soil and rock of the mountain. The Greeks termed it “magnes” to respect his discovery and this is how we have come to use the title “magnet” today.

The first authentic use of lodestones was to make a compass around the 8th century CE by the Chinese. The first documented use was recorded by Zheng He of the Yunnan province. In the early 14th Century, Zheng He recorded his journeys around the world. The compass Zheng used had markings for dots of the constellations discovered by the Sextant’s use, but the core of the compass was a spoon-shaped device made from lodestone. In later centuries, the lodestone was substituted with a magnetized metal needle by firmly rubbing it against a piece of lodestone.

Cleopatra reportedly wore magnetic jewelry on her forehead to contain wrinkles and shield youth. She believed so firmly in the value of magnetic power that she routinely slept on a bed built of lodestone to enhance her youthful look. Who knows if this really worked, given that she died at 39.

In the late 17th Century, France’s Royal Society of Medicine carried an in-depth study about the account of magnets and their use in medical practice. Despite some uncertainty and disdain from mainstream medical authorities, the Royal Society reasoned that magnets could be used medicinally for neck pain, headaches, circulation problems, cure back and numerous other ailments.

Before 1820, the only magnetic material known to man was lodestone and other metals that had been brushed against a lodestone to magnetize them. In 1820, an expert named Hans Christian Oersted, a teacher of Science at Copenhagen University, recorded that every time he turned on an electric current near a compass, the path of the needle moved. Over the next few months, he spent hours explaining the science behind what he had discovered. His research led to the discovery of ‘electromagnet’ as we know it today.

Though Hans Christian Oersted did not directly discover the electromagnet, his experiments directly led to this new and vital technology and a newfound perception of physics.

From the earliest recorded observation of lodestone and magnetism thousands of years ago, our knowledge of magnets has grown exponentially. Today magnets play a role in almost every technologically advanced device we use, including laptops, smartphones, and cars.

As our perception and knowledge of magnets continue to improve, the way we harness and employ magnetism will continue to develop and grow.