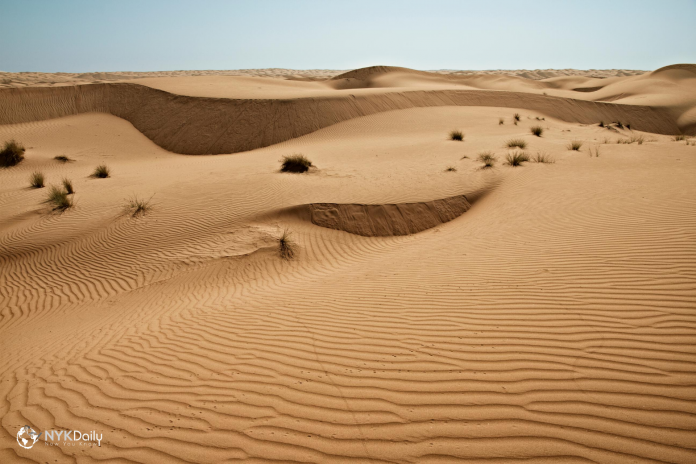 Libya is a country in the Maghreb region in North Africa. The Mediterranean Sea surrounds it to the north, Egypt to the East, Sudan to the southeast, Chad to the south, Niger to south, Algeria to the west, and Tunisia to the northwest.

The history of Libya

We will explore the entire history up to Independence.

Thousands of years ago, the Sahara Desert, which now incorporates roughly 90% of Libya, was dense with green vegetation. It was home to diverse wildlife, forests, lakes, and a temperate Mediterranean climate. Archaeological data shows that the seaside plain was populated by Neolithic people from as ancient as 8000 BCE. These people were possibly drawn by the environment which enabled their culture to grow, living on cattle’s domestication and the agriculture of crops.

In 630 BCE, the Ancient Greeks conquered Eastern Libya and founded the city of Cyrene. Within 200 years, four more Greek towns were settled in the area that became known as Cyrenaica: Taucheira, Barce, Euhesperides, Balagrae, and Apollonia, the port of Cyrene. Together with Cyrene, they were perceived as the Pentapolis (Five Cities). Cyrene became one of the most prominent rational and artistic centers of the Greek world and was famous for its learned academics, architecture, and medical school. The Greeks of the Pentapolis confronted invasions by the Ancient Egyptians from the East.

In 525 BCE, the Persian army of Cambyses II invaded Cyrenaica, which remained under Persian or Egyptian rule for the next two centuries. Alexander was welcomed by the Greeks when he entered Cyrenaica in 331 BCE, and Eastern Libya again fell under the authority of the Greeks, this time as part of the Ptolemaic Kingdom. Later, a confederacy of the Pentapolis was formed and traditionally ruled by a king drawn from the Ptolemaic royal house.

After the fall of Carthage, the Romans did not invade Tripolitania (the region around Tripoli). They left it under the Berber kings of Numidia’s command until the seaside cities asked and received its security.

Ptolemy Apion, the last Greek ruler, left Cyrenaica to Rome, formally annexing the region in 74 BCE and joining it to Crete as a Roman province. During the Roman civil wars, Tripolitania (still not annexed officially) and Cyrenaica supported Pompey and Marc Antony against respectively Caesar and Octavian. The Romans started the region’s conquest under Augustus, invading northern Fezzan (“Fasania”) with Cornelius Balbus Minor. As part of the Africa Nova region, Tripolitania was flourishing and reached a golden age in the 2nd and 3rd centuries. The city of Leptis Magna, home to the Severan dynasty, was at its rise.

Tenuous Byzantine administration over Libya was limited to a few poorly defended coastal hotbeds, and as such, the Arab riders who first crossed into the Pentapolis of Cyrenaica in September 643 CE confronted little resistance. Under the direction of ‘Amr ibn al-‘As, the soldiers of Islam conquered Cyrenaica and renamed the Pentapolis, Barqa. They also took Tripoli, but after slaying the Roman walls of the city. In 647 an army of 40,000 Arabs, led by Abdullah ibn Saad, the foster-brother of Caliph Uthman, infiltrated deep into Western Libya and took Tripoli from the Byzantines definitively. From Barqa, the Fezzan (Libya’s Southern region) was captured by Uqba ibn Nafi in 663, and Berber resistance was overcome. During the subsequent centuries, Libya came under the rule of several Islamic dynasties, under multiple levels of sovereignty from Ummayad, Abbasid and Fatimid caliphates.

After a successful incursion by the Habsburgs of Spain in the early 16th century, Charles V committed its defense to the Knights of St. John in Malta. Fascinated by the piracy that spread through the Maghreb coastline, explorers such as Barbarossa and his successors strengthened Ottoman control in the central Maghreb. The Ottoman Turks captured Tripoli in 1551 under the direction of Sinan Pasha. The next year, his heir Turgut Reis was dubbed the Bey of Tripoli and later Pasha of Tripoli in 1556. As Pasha, he beautified and built up Tripoli, making it one of the most majestic cities along the North African coast. Tripoli was the only city of size in Ottoman Libya (then known as Tripolitania Eyalet) at the end of the 17th century and had about 30,000 residents. The majority of its inhabitants were Moors, as city-dwelling Arabs were then known. Many hundred Turks and refugees formed a governing elite, a large portion of which were kouloughlis (lit. sons of servants—offspring of Turkish soldiers and Arab women); they recognized with local interests and were known by locals. Moriscos and Jews were active as traders and artisans, and a small number of European traders also frequented the city. European slaves and large amounts of captured blacks transported from Sudan were also a feature of Tripoli’s everyday life. In 1551, Turgut Reis enslaved almost the whole population of the Maltese island of Gozo, some 6,300 people, sending them to Libya. The most evident slavery activity involved the enslavement of black Africans who were brought via trans-Saharan trade routes.

The second period of uninterrupted Ottoman rule saw legislative changes and what seemed like a more significant order in the governance of the three provinces of Libya. It would not be long before the Scramble for Africa, and European colonial interests set their eyes on Libya’s marginal Turkish regions. Reunification came about through the strange route of an attack (Italo-Turkish War, 1911–1912) and occupation from 1911 when Italy simultaneously turned the three regions into colonies.

From 1912 to 1927, the region of Libya was known as Italian North Africa. From 1927 to 1934, the area was divided into two colonies, Italian Cyrenaica and Italian Tripolitania, run by Italian governors. Some 150,000 Italians settled in Libya, forming roughly 20% of the total population.

In 1934, Italy assumed the name “Libya” (used by the Greeks for all of North Africa, except Egypt) as the formal name of the colony (made up of the three provinces of Cyrenaica, Tripolitania, and Fezzan).

Idris al-Mahdi as-Senussi (later King Idris I), Emir of Cyrenaica, led Libyan resistance to Italian occupation between the two world wars. Ilan Pappé estimates that between 1928 and 1932, the Italian military “annihilated half the Bedouin population (directly or through disease and starvation in camps).”

In 1934, the federal entity called “Libya” was founded by governor Balbo with capital Tripoli. The Italians maintained infrastructure improvements and public works. In particular, they broadly extended Libyan railway and road networks from 1934 to 1940, constructing hundreds of kilometers of new roads and railways, and promoting new industries and dozens of new agricultural centers.

During WW2, since June 1940, Libya was at the heart of deadly fighting between the Axis and the British empire: the Allies conquered all of Libya by February 1943.

From 1943 to 1951, Cyrenaica and Tripolitania were under British administration, while the French governed Fezzan. In 1944, Idris rebounded from exile in Cairo but failed to resume permanent residence in Cyrenaica until the elimination of foreign control aspects in 1947. Under the terms of the 1947 peace treaty with the Allies, Italy renounced all claims to Libya.

On 21 November 1949, the UN General Assembly passed a judgment declaring that Libya should become autonomous before 1 January 1952. Idris rendered Libya in the next UN negotiations. On 24 December 1951, Libya announced its independence as the United Kingdom of Libya, a legal and ancestral monarchy under King Idris, Libya’s only monarch.