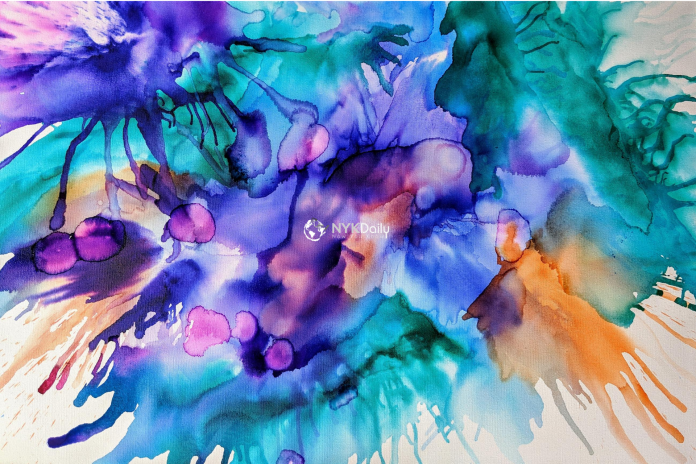 Ink is a liquid or paste that contains dyes or pigments and is used to color a surface to generate a text, design, or image. Ink is used for drawing or writing with a brush, quill, or pen. Thicker inks, in paste form, are used widely in lithographic printing.

Many early cultures have separately invented and formulated inks for drawing and writing. The understanding of the inks, their ingredients, and their creation techniques comes from archaeological analysis or written text. The oldest inks from all major civilizations are thought to have been made with lampblack, a kind of soot, as this would have been readily obtained as a by-product of fire.

The ink was used in Ancient Egypt for drawing and writing on papyrus from at least 2600 BCE.

Chinese inks may go back as far as three or four millennia, to the Chinese Neolithic Period. These used animals, mineral inks, and plants based on such materials as graphite ground with water and applied with ink brushes. The primary evidence for the earliest Chinese inks, similar to modern inksticks, is around 256 BCE after the Warring States period and produced from animal and soot glue. The best inks for drawing or painting on silk or paper are composed of the pine tree’s resin. They must be between 50 and 100 years old. The Chinese inkstick is created with fish glue, whereas Japanese paste is from stag or cow.

India ink was the result of the earliest Indo-China Partnership. Chinese traded the materials from India, hence the name.

The classical Chinese approach of making the ink was to rub a mixture of lampblack, carbon black, hide glue, and bone black pigment with a mortar, and pestle, then pour it into a ceramic bowl dry. To use the dry mix, a wet brush would be utilized until it reliquified.

The production of India ink was well-established by the Cao Wei Dynasty (220–265 CE). Indian documents inscribed in Kharosthi with ink have been discovered in Chinese Turkestan. The method of writing with ink and a sharp-pointed needle was popular in early Hindu South India. Several Buddhist and Jain sutras in India were composed in ink.

Over 1500 years ago, a famous ink recipe was developed. The method was used for hundreds of years. Iron salts, such as ferrous sulfate, were combined with soft tannin from gallnuts (they grow on trees) and a natural thickener. When first put to paper, this ink is bluish-black. Over time it hushes to a brown.

Writers in medieval Europe (about CE 800 to 1500) wrote mainly on vellum or parchment. One 12th century ink recipe asked for hawthorn twigs to be cut in the spring and left to air-dry. Then the bark was beaten from the branches and immersed in water for eight days. The water was heated until it hardened and turned black. The wine was added during boiling. The ink was poured into unique bags and draped in the sun. Once dried, the mix was saturated with iron salt and wine over a fire to make the final ink.

The reservoir pen, which may have been the world’s first fountain pen, dates back to 953CE, when Ma’ād al-Mu’izz, the caliph of Egypt, asked for a pen that would not stain his hands and clothes. He was presented with a pen that held ink in a reservoir.

In the 15th century, a new kind of ink had to be produced in Europe for the printing press by Johannes Gutenberg. Gutenberg’s dye was permanent, oil-based, and made from the smoke of lamps (lampblack) mixed with eggwhite and varnish. Two types of ink were widespread at the time: the Roman and Greek writing ink and the 12th-century variety composed of gum, gall, ferrous sulfate, and water. Neither of these handwriting inks could adhere to printing surfaces without producing blurs. Finally, an oily, varnish-like ink made of smoke, walnut oil, and turpentine was explicitly created for the printing press.