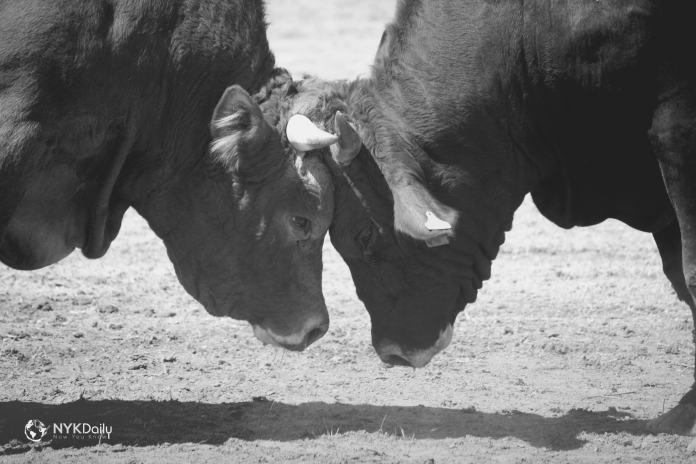 During the Spanish War of Reconquest (711-1492 A.D.), the knights of both the Christians and Moors organized hunting sports as a break from killing each other. They soon understood that of all the prey, the Iberian bull offered the most sweeping test as, unlike other animals, it favored dying in combat rather than retreating. It seems likely that a nobleman seized a few of these brave beasts and took them to his village to recreate the hunt’s excitement before his admirers. Thus, villages in Medieval Spain saw the origins of today’s Spanish exhibition of bullfighting.

However, bullfighting at large predates historical records. Lets’ look at the complete history of bullfighting.

Bullfighting traces its roots to ancient bull worship and sacrifice in Mesopotamia and the Mediterranean region. The first documented bullfight may be the Epic of Gilgamesh, which depicts a scene in which Gilgamesh and Enkidu fought and annihilated the Bull of Heaven. Bull-leaping was depicted in Crete and myths related to bulls throughout Greece.

Bullfighting and the slaughter of the sacred bull were commonly practiced among Männerbund in early Iran and correlated to the pre-Zoroastrian god Mithra. The cosmic implications of the ancient Iranian practice are shown in Zoroaster’s Avesta and the Gathas. The slaughter of the sacred bull (tauroctony) is the primary central iconic act of Mithras, commemorated in the Mithraeum wherever Roman soldiers were posted. The oldest depiction of what seems to be a man facing a bull is on the Celtiberian memorial from Clunia and the cave drawing El toro de hachos, both found in Spain.

Bullfighting is often associated with Rome, where many human-versus-animal events were organized as entertainment and competition, the Venationes. These hunting plays spread to Asia, Africa, and Europe during Roman times. There are also theories introduced into Hispania by Emperor Claudius, as a replacement for gladiators, when he established a short-lived ban on gladiatorial combat. Spanish colonists took the tradition of breeding cattle and bullfighting to Asia, American colonies, and the Pacific. In the early 19th century, areas of southern France embraced bullfighting, developing their distinctive form.

Religious celebrations and royal weddings were marked by fights in the local plaza, where nobles would ride fighting for royal favor, and the people relished the excitement. In the Mid Ages across Europe, knights would joust in fights on horseback. In Spain, they started fighting bulls.

In medieval Spain, bullfighting was recognized as a noble sport and reserved for the wealthy, who could manage to supply and train their animals. The bull was delivered into a closed arena where a single fighter on horseback was provided with a lance. The most exceptional Spanish performer of this art is said to have been the knight El Cid.

According to an account of the time, in 1128, “… when Alfonso VII of León and Castile married Berengaria of Barcelona daughter of Ramon Berenguer III, Count of Barcelona at Saldaña among other celebrations, there were also bullfights.”

In the days of Emperor Charles V, Pedro Ponce de Leon was the most popular bullfighter in Spain and a renovator of the procedure of killing the bull on a horse with blindfolded eyes. Juan de Quirós, a well-known Sevillian poet of that time, sanctified to him a Latin poem, of which Benito Arias Montano imparts some verses.

Francisco Romero from Ronda, Spain, is commonly regarded as having been the first to begin battling bulls on foot around 1726, using the muleta in the last stage of the fight and an estoc to slaughter the beast. This type of combat drew more recognition from the crowds. Thus the modern corrida, or fight, began to take form, as citizens on foot succeeded riding noblemen. This new style sparked the creation of modern bullrings, initially square like the Plaza de Armas, and later round, to check the action’s cornering.

The new Spanish bullfighting style is credited to Juan Belmonte, generally deemed the greatest bullfighter of all time. Belmonte founded a daring and innovative style, in which he lingered within a few centimeters of the bull throughout the fight. Although extremely dangerous, his style is still seen by most matadors as the ideal to be imitated.