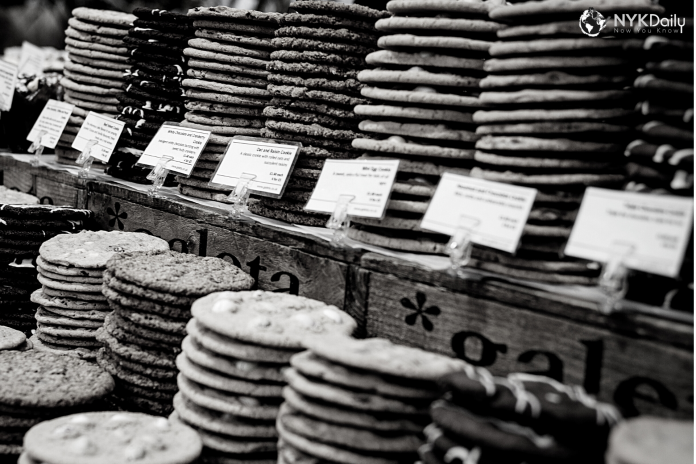 A biscuit is a flour-based baked food product. Outside North America, the biscuit is typically hard, flat, and unleavened. In North America, it generally is a soft, leavened quick bread. The word biscuit is derived from the Latin words bis cotus, meaning twice baked.

The need for nutritious, easy-to-store, easy-to-carry, and long-lasting foods on extended journeys particularly at sea, was initially solved by taking live feed along with a butcher/cook. However, this consumed additional space on what were either horse-powered treks or small ships, reducing the time of travel before extra food was required. This resulted in new armies’ adopting the style of hunter-foraging.

The evolution of the baking of processed cereals, including the creation of flour, rendered a more reliable food source. Egyptian pirates took a flat, brittle loaf of millet bread called dhourra cake while the Romans had a biscuit called buccellum. Roman cookbook Apicius describes “a thick paste of fine wheat flour was boiled and spread out on a plate. When it had dehydrated and hardened, it was cut up and then cooked until crisp, then served with honey and pepper.”

Many ancient doctors believed that most medicinal problems were connected with digestion. Hence, for both nourishment and avoidance of illness, a biscuit’s daily consumption was deemed suitable for health.

Hard biscuits soften as they age. To solve this problem, early bakers tried to create the hardest biscuit possible. Because it is so hard and dry, if correctly stored and transported, the navies’ hardtack will survive rough handling and high temperature. Baked hard, it can be kept without spoiling for years as long as it is kept dry. For lengthy trips, hardtack was baked four times rather than the more traditional two. To soften hardtack for eating, it was often dunked in brine, coffee, or some other liquid or cooked into a skillet meal.

At the time of the Spanish Armada in 1588, a Royal Navy ship’s daily ration was one kg of biscuit plus one tun of beer. Samuel Pepys, in 1667, first regularised naval victualling with diverse and nutritious rations. During Queen Victoria’s reign, Royal Navy hardtack was made by motor at the Royal Clarence Victualling Yard at Gosport, Hampshire, marked with the Queen’s mark and the number of the oven in which they were baked. When machinery was introduced into the process, the dough was thoroughly mixed and rolled into sheets about 2 yards (1.8 m) long and 1 yard (0.9 m) wide, which were stamped in one stroke into about sixty hexagonal-shaped biscuits. It left the sheets sufficiently coherent to be placed in the oven in one piece and when baked, they were easy to separate. The hexagonal shape rather than traditional circular biscuits meant a saving in material and was easier to pack. Biscuits remained an indispensable part of the Royal Navy sailor’s diet until the influx of canned foods.

Biscuits and cakes entered Bengal during the British colonial period. However, the middle-class Hindus of Cachar and Sylhet were suspicious of biscuits and loaves of bread as they believed Muslims baked them. Muslims were known to add Beef in Hindu foods to suppress the practice of Hinduism, which forbids beef. In response to this, British companies began advertising their bread as “machine-made” and untouched by Muslims to tell Hindus that the loaves of bread and biscuits were “safe for consumption.”