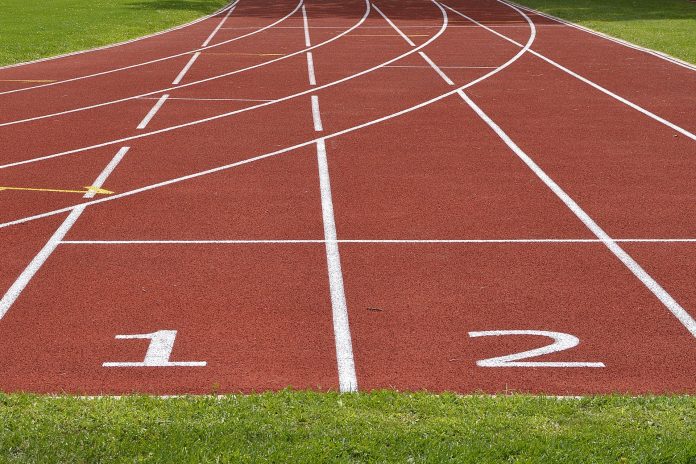 Besieged by the COVID-19 pandemic, the world of pro sports has come to a standstill.

Spectator sports such as basketball and football bear the brunt of the impact of the pandemic. After months of persistent shutdowns, they are scrambling for survival.

Meanwhile, places like Florida are struck by a record-breaking spike in cases. The arenas and stadiums around the country resemble ghost towns. Fans can’t even watch favorite teams from their homes.

And yet, there are some silver linings on grim clouds. Certain states are phasing out stay-at-home orders. Sports organizations are devising plans on how to get the ball rolling without jeopardizing anyone’s health.

Here is what the “new normal” will look like for major sports.

Playing in a Bubble Wrap

COVID-19 has completely shut down sports events since March 2020.

The situation hasn’t really improved to this date. Large gatherings are still out of the question. We have a long way to go before we hear the thunderous roar of crowds erupting once more.

Amidst doom and gloom, however, we see pockets of hope.

Walt Disney World in Orlando, Florida is a prime example. It holds the highest concentration of sports talent seen in recent memory. All NBA and Major League Soccer (MLS) athletes willing to continue the season are in this “bubble.”

The bubble is an entirely new concept. It represents a highly-controlled environment that all teams share, including players, coaches, and staff. They all work and live inside the bubble.

New infrastructure and facilities are assembled faster than ever before. Everything appears ready to accommodate the season.

But, how are things looking in terms of COVID-19 preparedness?

Well, state-of-the-art testing equipment and methodology are in place.

Infectious disease experts go about their businesses and players arrive in hazmat suits. Sanitizer dispensers can be found at every corner.

One thing that will define the season restart though is testing. In the case of the NBA, turnaround time is rather impressive—12 to 15 hours. For MSL, it’s 15 to 24 hours.

Furthermore, the NBA will roll in mobile testing sites and drive-through public testing. MLS is committed to supporting antibody testing for the community. Organizations are obviously concerned about the optics of the whole restart.

Naturally, matches will happen in front of cameras and staff. NBA scrimmage games are already underway and the first night unraveled in this eerie fashion.

Alas, one major hurdle is a host of players who are unable to play or refuse to play. Some squads will be decimated and far removed from their full potential.

As for MLS, the restart tournament has begun on July 8 as an all-new competition. Teams retain regular-season points and have a chance to earn a spot in the Concacaf Champions League. Everyone has to abide by strict health, safety, and medical protocols.

Others Sports Are Following Suit

The world of boxing is making cautious, tentative steps. Traditional face-offs involve athletes staring at each other through a protective screen. Matches will take place without the public present.

NASCAR and PGA Tour are ahead of the curve. They’ve already held multiple events in Carolinas. NASCAR races followed new protocols such as mask-wearing, temperature checks, and health questionnaires.

On the other hand, NFL and college football leagues are struggling to figure out a course of action. They do seem eager to allow fan attendance in fall, probably with social distancing dictating the headcount. For now, the NFL announced scrapping the rows closest to the field.

It’s worth pointing out that outdoor venues will have a head start. The virus dissipates much faster in the open than indoors. Sports arenas will have to overcome an extra set of challenges before embracing the public back.

The Big Picture Is Still Bleak

According to sports enthusiasts, the show simply must go on.

Others are appalled by the mere notion of holding sporting events so soon. There are no easy answers and solutions here. We’re in uncharted waters and yet to see whether the bubble will burst.

That said, utmost caution makes a lot of sense right now. Even with the best protocols, it will be hard to contain the spread of the virus. Fans are going to bump into each other and players will cross paths on the court and in locker rooms.

One positive test can lead to the quarantining of the whole team. There’s still a lot we don’t know about the recovery process and long-term health implications.

There are also some ethical questions that remain unanswered. For instance, do testing labs in Orlando take away from the public capabilities?

Many people are convinced the answer is a positive one.

What to Expect Upon Return

Sooner or later, the fans will come flocking back.

Some will hit the road in cars and others opt for sporting event transportation companies. Either way, getting to the venue should be the least of your concerns.

Games will transpire, but things will not look the same as before. We probably won’t see interactions with ticket-takers. They will be replaced by cleaning staff working tirelessly to disinfect the facilities.

Attendees will have to wear masks and follow designated paths to and from their seats. They will order foods and drinks via phone apps, so as to avoid the lines in front of concession stands. Hugging and mingling with strangers will not be tolerated.

Your favorite premium seating, pit passes, and buffets could be gone too.

These measures are likely to linger in the foreseeable future. Some fans may not be comfortable with them or will decide not to take any health risks. Convicting them it’s safe to come will require a lot of work.

Pro Sports: Not Out of the Woods Yet

Pro sports are poised to snatch victory from the jaws of defeat.

Yet, there are some huge obstacles in front of us. Even with bans lifted, attending games won’t be your typical and familiar experience.

Stadiums won’t be full you’ll need to respect rigorous rules. They will regulate your every step around the ballgame.

NBA and MLF bubbles will be a litmus test for what is to come. In a few months, we’ll see how efficient their protocols are in keeping the risks at bay.

One thing is for certain. Safety from an infection must pose a top priority. Everything else, we have to learn to live without until further notice.

Browse our Sports section at NYK Daily and keep up with other stories and news. For more visit Lines.