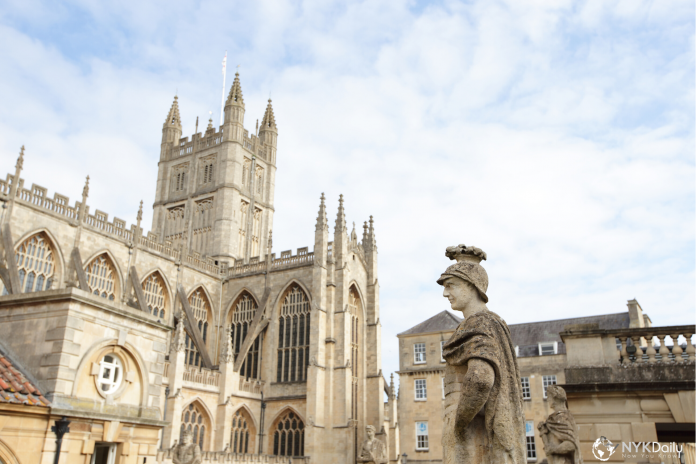 This is part 7 of the Forgotten Civilisation Series.

The Bosporan Kingdom was an ancient Greco-Scythian state settled in eastern Crimea and the Taman Peninsula on the Cimmerian Bosporus’s shores, the present-day Strait of Kerch. The Bosporan Kingdom became the most extended surviving Roman client nation. (A client state is a state that is politically, economically, or militarily subordinate to another more flourishing and powerful state). The 1st and 2nd centuries BCE saw a period of a restored golden age of the Bosporan state. It was a Roman territory from 63 to 68 CE under Emperor Nero. At the dawn of the 2nd century AD, King Sauromates II caused a decisive blow on the Scythians and included all the regions of the Crimea in the formation of his state.

The Bosporan Kingdom was concentrated around the Kerch Strait between Sea of Azov and the Black Sea, known in ancient times as the Cimmerian Bosporus from where the kingdom’s name derived.

The success of the Bosporan Kingdom was mainly due to the export of fish, fish, wheat, and slaves. The profit of the trade carried a class whose wealth is still visible from newly excavated archaeological finds, unearthed, often illegally, from various burial barrows known as kurgans. The once-thriving cities of the Bosporus left widespread architectural and sculptural remains. At the same time, the kurgans continue to produce magnificent Greco-Sarmatian objects, the best examples of which are now stored in the Hermitage in St. Petersburg. These include vases imported from Athens, coarse terracottas, gold-work, textile fragments, and marquetry specimens.

Between 480 and 438 BCE, Bosporan Kingdom was ruled by a line of kings called the Archaeanactidae, usurped by a tyrant called Spartacus, who was a Thracian.

Spartacus established a regime that appears to have continued until 110 BCE, known as the Spartocids. The Spartocids left several writings, symbolizing that the eldest members of the house ruled under the titles of archons of the Greek cities and leaders of numerous minor native tribes, mainly the Sindi (from central Crimea) and other branches of the Maeotae. Surviving material does not provide enough data to restore a complete chronology of kings of the region. Spartacus’ house was well known as a line of rational and sensible princes. However, Greek opinion could not deny that they were, strictly speaking, dictators – they are always portrayed as dynasts. They had close relations with Athens, their most loyal customer for the Bosporan grain exports: Leucon I of Bosporus produced privileges for Athenian ships at Bosporan ports. The Attic poets make many references to this. In return, the Athenians gave Leucon Athenian citizenship and announced proclamations in honor of him and his sons.

After his conquest by Roman General Pompey in 66 BCE, King Mithridates VI of Pontus escaped with a small army from Colchis over the Caucasus Mountains to Crimea and made plans to build yet another militia to take on the Romans. His eldest living son, Machares, director of Cimmerian Bosporus, was reluctant to aid his father, so Mithridates had Machares removed, procuring the throne for himself. Mithridates then placed the selections and arrangements for war. In 63 BCE, Pharnaces, the youngest son of Mithridates, led a revolt against his father, accompanied by Roman exiles in the core of Mithridates’s Pontic army. Mithridates VI ran to the citadel in Panticapaeum, where he committed suicide. Pompey buried Mithridates VI in a rock-cut grave in either Sinope or Amasia, the center of the Kingdom of Pontus.

After Mithridates VI (63 BCE) died, Pharnaces II (63–47 BCE) appealed to Pompey and then tried to retrieve his power during Julius Caesar’s Civil War, but was overwhelmed by Caesar at Zela and was later killed by his son-in-law and former governor Asander.

Before the death of Pharnaces II, Asander had married Pharnaces II’s child Dynamis. Dynamis and Asanderwere the ruling autocrats until Caesar ordered a paternal uncle of Dynamis, Mithridates II, to declare war on the Bosporan Kingdom and demanded the kingship for himself. Asander and Dynamis were conquered by Caesar’s ally and went into a political refugee. However, after Caesar died in 44 BCE, the Bosporan Kingdom was given back to Asander and Dynamis by Caesar’s great-nephew and heir Octavian. Asander ruled as archon and later as king until he died in 17 BEC. After the death of Asander, Dynamis was forced to marry a Roman usurper called Scribonius. Still, the Romans under Agrippa mediated and placed Polemon I of Pontus (16–8 BCE). Polemon married Dynamis in 16 BCE, and she died in 14 BCE. Polemon ruled as king until he died in 8 BCE. After the end of Polemon, Aspurgus, the son of Dynamis and Asander succeeded Polemon.

The Bosporan Kingdom of Aspurgus was a client state of the Roman Empire, guarded by Roman garrisons. Aspurgus (8 BCE – 38 CE) established a regime of kings that survived a couple of interruptions until 341 CE. Aspurgus assumed the Imperial Roman names “Tiberius Julius” when he obtained Roman citizenship and relished the assistance of the first two Roman Emperors, Tiberius, and Augustus. All of the subsequent kings adopted these two Roman names, accompanied by a third name, Thracian (Rhoemetalces, Rhescuporis, or Kotys) or local origin.

Following the Jewish diaspora, Judaism developed in the region, and Jewish communities evolved in some of the areas (especially Tanais).