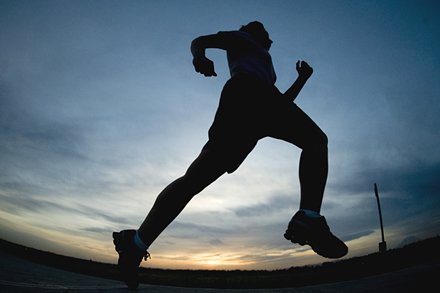 (IANS) Exercise can slow down or prevent the development of macular degeneration and may also help reduce other common causes of vision loss, such as glaucoma and diabetic retinopathy, say researchers.

The study, published in the Investigative Ophthalmology &amp; Visual Science, found that exercise reduced the harmful overgrowth of blood vessels in the eyes of lab mice by up to 45 per cent.

This tangle of blood vessels is a key contributor to macular degeneration and several other eye diseases.

“That is basically the most sophisticated study that has been done. This study offers hard evidence from the lab for the very first time,” said study researcher Bradley Gelfand from the University of Virginia in the US.

However, the research found that the bar for receiving the benefits from exercise was relatively low — more exercise didn”t mean more benefit.

“Mice are kind of like people in that they will do a spectrum of exercise. As long as they had a wheel and ran on it, there was a benefit. The benefit that they obtained is saturated at low levels of exercise,” Gelfand said.

An initial test comparing mice that voluntarily exercised versus those that did not found that exercise reduced the blood vessel overgrowth by 45 per cent.

A second test, to confirm the findings, found a reduction of 32 per cent. The scientists aren”t certain exactly how exercise is preventing the blood vessel overgrowth. There could be a variety of factors at play, they say, including increased blood flow to the eyes.

The researchers noted that the onset of vision loss is often associated with a decrease in exercise.

“It is fairly well known that as people”s eyes and vision deteriorate, their tendency to engage in physical activity also goes down. It can be a challenging thing to study in older people,” Gelfand said.

The researchers already have submitted grant proposals in hopes of obtaining funding to pursue their findings further.

“The next step is to look at how and why this happens, and to see if we can develop a pill or method that will give you the benefits of exercise without having to exercise,” the authors wrote.