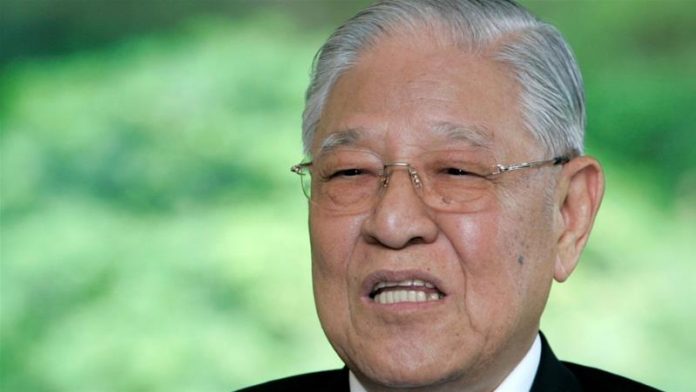 Former Taiwanese President Lee Teng-hui, considered the “father of Taiwan’s democracy”, died at the age of 97, it was announced on Friday.

Lee died on Thursday from septic shock and multiple organ failure in Taipei, after being in hospital for nearly six months, the BBC reported.

He became the President in 1988 after the death of predecessor, Chiang Ching-kuo.

In 1996, the first direct presidential election in Taiwan, he was democratically elected for a second term with a landslide victory.

During his time in office till 2000, he led constitutional changes towards a more democratic political layout, including direct presidential elections.

After his presidency, Lee was indicted on charges of embezzling public funds, but was acquitted.

Taking to Twitter to condole his demise, incumbent President Tsai Ing-wen said “he laid the foundation of a democracy built on pride and our own identity”.

“This is a day of mourning for me and all Taiwanese with the passing of our former President Lee Teng-hui.

“He laid the foundation for a democracy built on pride and our own identity, and his legacy will guide generations of Taiwanese to face the challenges ahead with courage,” the BBC quoted Tsai as saying in the tweet.