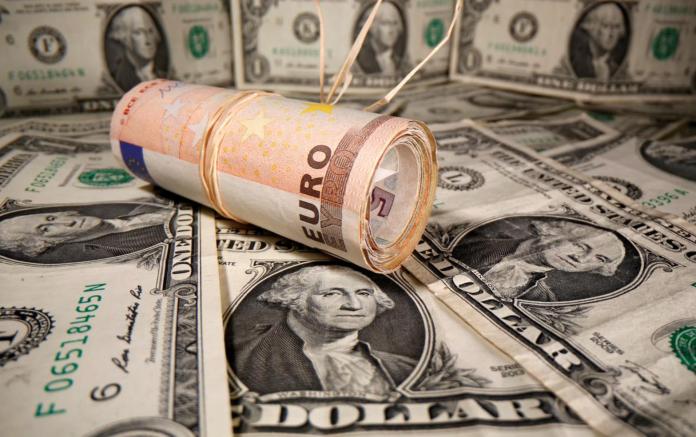 The euro jumped to a four-month high against the dollar on Monday, boosted by European leaders saying progress was being made in talks to take on debt jointly to help their economies.

With the marathon talks adjourned until 1600 CET (1400 GMT) on Monday, Austrian Chancellor Sebestian Kurz and Dutch Prime Minister Mark Rutte, leaders from two of the so-called “frugal four”, said progress was being made.

Rutte said talks had been close to failing, but the chairman was now working on a new EU compromise proposal.

“The EU appears to be about to overcome a major hurdle. If they come to an agreement, the euro could look for a new trading range, possibly something like $1.14-$1.16, as opposed to the $1.11-$1.14 range it has been stuck for a while,” said Kyosuke Suzuki, director of forex at Societe Generale.

While that would be a historic step towards greater fiscal integration for the union, a group of “frugal” wealthy north European states have been reluctant, pushing for a smaller fund and seeking to limit how payouts are split between grants and repayable loans.

As European Council President Charles Michel urged leaders to achieve “mission impossible”, diplomats said it was possible that they would abandon the summit and try again for an agreement next month.

“If they do come to an agreement, we should see a further rally in the euro,” said Yujiro Goto, chief currency strategist at Nomura Securities.

But many market players also believe the euro will be supported even if the deal is not reached this time, as long as there remains the prospect of a deal on the stimulus.

The dollar index USD= was flat at 95.948, with its advance kept in check as investor risk appetite continues to be strong, underpinned by bets of more stimulus not just from Europe but also the United States.

A battle in the U.S. Congress over a new coronavirus-aid bill began late last week as Republicans and Democrats pushed for their own agenda.

The Republicans want the upcoming coronavirus aid bill to cost no more than $1 trillion while leading Democrats have pledged to fight for much more – in the range of the $3 trillion bill.

“We see more political pressure on the Republicans to compromise on Democratic objectives because Republicans are trailing badly in polls…Senate Republicans are not in a position to hold back stimulus,” wrote Steven Englander, head of global FX strategy at Standard Chartered Bank New York branch in a report.

Expectations of more government spending have offset worries about rising coronavirus cases in the United States as well as fears over deteriorating U.S.-China relations.

It did not react to Japan’s trade data showing exports in June plunged 26% from a year earlier, worse than expected.