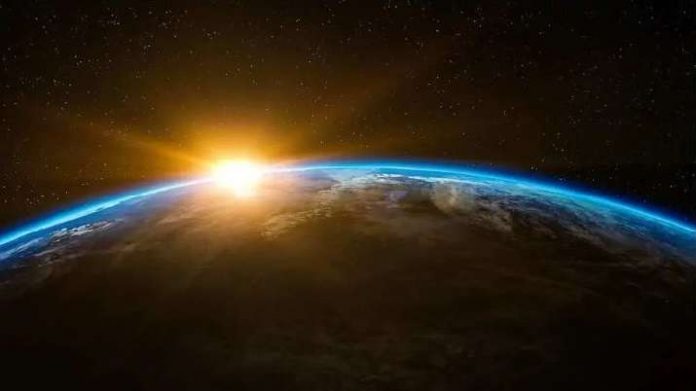 (IANS) Scientists using simulations in the lab have revealed that changes in the direction of the Earth”s magnetic field may take place 10 times faster than previously thought.

The study, published in the journal Nature Communications, gives new insight into the swirling flow of iron 2,800 kms below the planet”s surface and how it has influenced the movement of the magnetic field during the past hundred thousand years.

“We have very incomplete knowledge of our magnetic field prior to 400 years ago. Since these rapid changes represent some of the more extreme behaviour of the liquid core, they could give important information about the behaviour of Earth”s deep interior,” said study researcher Chris Davies from the University of Leeds in the UK.

Satellites now provide new means to measure and track its current shifts but the field existed long before the invention of human-made recording devices.

To capture the evolution of the field back through geological time scientists analyse the magnetic fields recorded by sediments, lava flows and human-made artifacts.

Accurately tracking the signal from Earth”s core field is extremely challenging and so the rates of field change estimated by these types of analysis are still debated.

For the current findings, the research team combined computer simulations of the field generation process with a recently published reconstruction of time variations in Earth”s magnetic field spanning the last 100,000 years.

Their study shows that changes in the direction of Earth”s magnetic field reached rates that are up to 10 times larger than the fastest currently reported variations of up to one degree per year.

They demonstrate that these rapid changes are associated with local weakening of the magnetic field.

This means these changes have generally occurred around times when the field has reversed polarity or during geomagnetic excursions when the dipole axis moves far from the locations of the North and South geographic poles.

The clearest example of this in their study is a sharp change in the geomagnetic field direction of roughly 2.5 degrees per year 39,000 years ago.

This shift was associated with locally weak field strength, in a confined spatial region just off the west coast of Central America, and followed the global Laschamp excursion – a short reversal of the Earth”s magnetic field roughly 41,000 years ago.

Similar events are identified in computer simulations of the field which can reveal many more details of their physical origin than the limited paleomagnetic reconstruction, the researchers said.

Their detailed analysis indicates that the fastest directional changes are associated with the movement of reversed flux patches across the surface of the liquid core.

These patches are more prevalent at lower latitudes, suggesting that future searches for rapid changes in direction should focus on these areas.