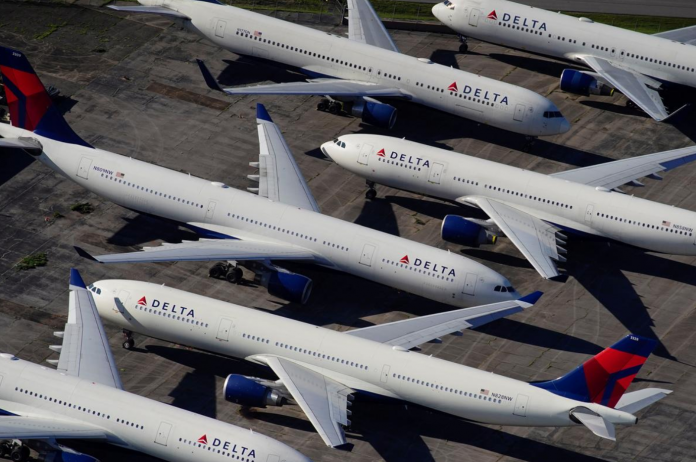 Delta Air Lines said on Wednesday it would record charges of up to $3 billion on employee voluntary retirement and separation plans in the current quarter, as the U.S. carrier looks to cut costs due to the coronavirus crisis.

Delta, like other large U.S. airlines, has been encouraging workers to leave voluntarily before a government ban on forced job cuts expires on Sept. 30.

Delta had forecast third-quarter revenue and flight capacity to be around 20% to 25% of last summer, with demand stalling amid a surge in COVID-19 cases and a sustainable industry recovery more than two years away.

The Atlanta-based company posted a $2.8 billion adjusted net loss for the second quarter on Tuesday as passenger revenue plummeted 94% in what some analysts described as the worst season in aviation history.