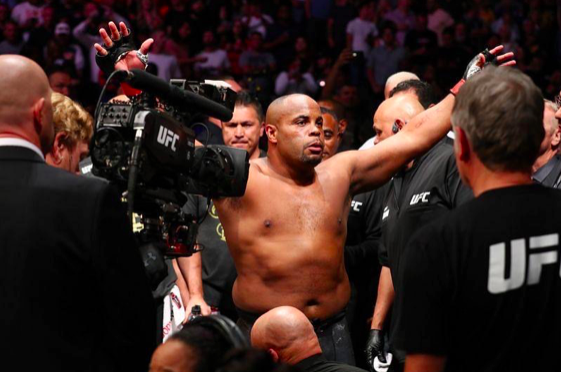 Daniel Ryan Cormier is a mixed martial artist who is currently apart of the Ultimate fighting championship, Daniel is also a former Olympic Wrestler. Daniel is a former heavyweight and light heavyweight champion, he held both the titles simultaneously.

Khabib Nurmagomedov is one of the greatest fighters to ever be part of the UFC, he is also a UFC lightweight champion and is No.2 in the men’s pound to pound rankings

Daniel Cormier “DC” who is a close friend and teammate of Khabib Nurmagomedov “The Eagle” said that given the current situation it is likely that the Khabib vs Gaethje would be postponed, Daniel says that he knows how close Khabib and his father were and wants Khabib to take as much time as he wants to return to the Octagon.

He knows that Khabib returning to action this year is highly unlikely, his fathers loss and the rapid growth of the coronavirus are amongst the few reasons it would be best if Khabib takes this year off.

The Coronavirus pandemic has affected the whole world, many people have lost their lives and people have been suffering everywhere, people all over the world have lost their loved ones. Khabib Nurmagomedov has always been one tough fighter and has entertained his fans for a long time and deserves the time to mourn and deal with his loss.

While almost everybody has shown tremendous love and support towards Khabib, there are few who have made weird remarks on the unfortunate incident, Conor McGregor claimed that all of this was a coverup to pull out of fights, however after Khabibs father passed away, Conor offered his condolences to Khabib and said “ The loss of a father, a coach, and a dedicated supporter of the spot. Condolences and rest in peace Abdulmanap Nurmagomedov.”

Daniel Cormier is a close friend of Khabib and must know him better than most, his claims that Khabib might not return to action this year seem plausible enough, We as fans support whatever decision Khabib takes and would eagerly wait for him to return to the Octagon.