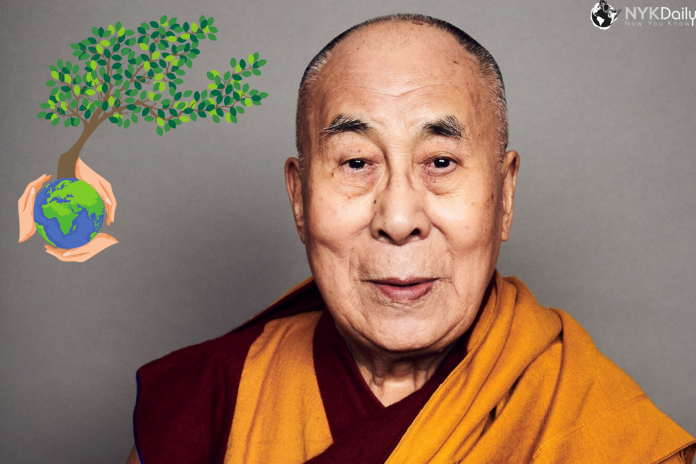 Tibetan spiritual leader the Dalai Lama said on Tuesday that climate change and the current Covid-19 pandemic are challenges which teach us to work together to create a peaceful world.

Thanking the people for their greetings on his 85th birthday, he said, “I am touched by your affection. I am in good health and look forward to live long to continue being of some service to humanity.”

“In the world in which we live today, nations are no longer isolated and self-sufficient as they once were,” the spiritual leader said in a message.

“We have all become much more interdependent; therefore, there is a need to be even more aware of the oneness of humanity. The interests of others are our own. Climate change and the current pandemic, which threaten us all, are challenges that teach us that we must work together and make a concerted effort to reach our common goal of a more caring and more peaceful world,” he said.

Tens of thousands of Tibetans and his well-wishers settled across the globe virtually celebrated the 85th birthday of the Dalai Lama on Monday.

In March 1959, the Dalai Lama had to leave his homeland as a final resort to seek freedom for his people.

From the first day he stepped into a life in exile, he has worked to protect his people, lead a political movement, and preserve the unique cultural identity of Tibet, said the Central Tibetan Administration (CTA) on the occasion of his birthday.

In 1959, the occupying Chinese troops suppressed the Tibetan national uprising in Lhasa and forced the Dalai Lama and over 80,000 Tibetans into exile in India and other neighbouring countries.

On reaching India after a three-week-long treacherous journey, the Dalai Lama first took up residence for about a year in Mussoorie in Uttarakhand.

On March 10, 1960, just before moving to Dharamsala, which also serves as the headquarters of the exiled Tibetan establishment, the Dalai Lama had said: “For those of us in exile, I said that our priority must be resettlement and the continuity of our cultural traditions. We, Tibetans, would eventually prevail in regaining freedom for Tibet.”

Currently, India is home to around 100,000 Tibetans and the government-in-exile, which has never won recognition from any country.