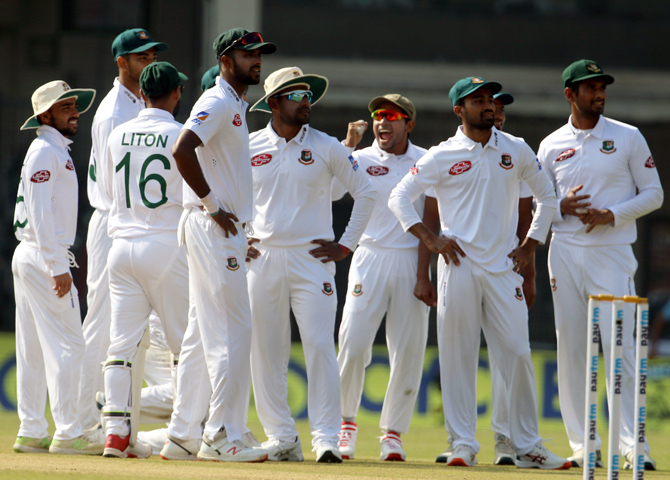 Bangladesh are planning to reschedule their three-test series in Sri Lanka in October following the postponement of this year’s Twenty20 World Cup in Australia, according to a report.

The series was originally scheduled in July-August but had to be postponed because of the COVID-19 pandemic which also derailed the World Cup which was to begin on Oct. 18.

The governing International Cricket Council (ICC) on Monday announced new dates for the Twenty20 World Cups in 2021 and 2022 as well as the 50-overs World Cup in India in 2023.

“The ICC’s announcement of the three major tournaments has provided what window we can work with, as now that we know that the tournament dates are fixed, we can work around with our schedule,” Bangladesh Cricket Board (BCB) chief executive Nizamuddin Chowdhury told ESPNcricinfo website.

“Both boards are positive about the test series going ahead later this year. We are in talks with SLC (Sri Lanka Cricket).”

Sri Lanka, which has managed to keep COVID-19 numbers relatively low, is likely to be the venue when international cricket returns to the sub-continent from its coronavirus shutdown.

“Sri Lanka is in a better condition than any of the other sub-continent countries at the moment, and since the situation is not favourable here, we are more keen on the away matches,” said Chowdhury who did not respond to our calls seeking details.

The BCB is also looking to reschedule its Ireland tour as well as the home series against Australia and New Zealand which could not take place because of the pandemic.

“We will be in talks with Cricket Ireland as well, though the weather in Ireland is going to be a factor. We will also discuss in due time when Australia and New Zealand can tour Bangladesh,” Chowdhury said.