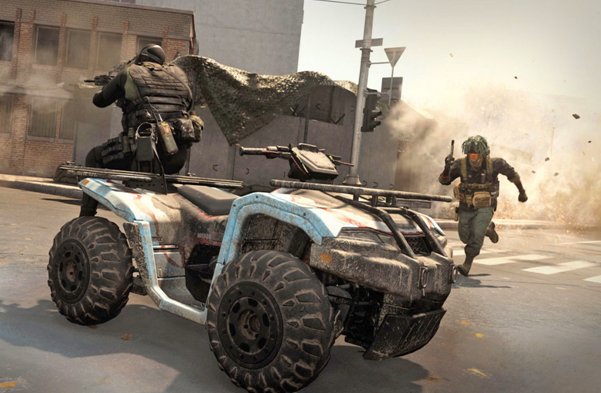 COD Warzone has taken the internet by storm the number of players keeps on increasing every day. But if you play the game yourself then you already know very well that the game not that efficient and enjoyable when you are a noob running around, being a nuisance, and hiding from the line of fire. Even the best of the games would start to look like the worst because you don’t fit in and can’t do anything fun in there. But what if all of this was to change?

What if you could be as exciting and professional as other players out there in the COD Warzone? Now that would be the sight for the sore eyes, won’t it? Sure it would be, are you excited enough now? Do you want to learn more about the game? If yes, then you must go for the details mentioned here;

What is play with a pro service?

Since not many players who play the game are complete professionals and that is why the fun of playing at an elevated level and being a great example to other players is but a stranger to them. Keeping the fun alive in the game and taking into account the need for such diverse boosting the play with pro service was introduced for the game. Now you can play with a number of different professional players out there and enjoy the game at an elevated level. Other than that, you will be able to build yourself in the process of doing so. Is your rank extremely low? Do you not have access to the latest and greatest weaponry within the game?

If so then it is going to change very quickly with the help of this service. But how can you avail of this service? Does the game provide it to you? No, it most definitely doesn’t, it is not a gift card that you simply retrieve by opening one of the magical chests or completing a particular gameplay option. You will have to get in contact with the third party vendors out there which have plenty of different pro players working for them. Now, this service most definitely requires money for the sake of arranging a Play with a Pro session for you.

But if you have some money to spare then it will not be such a bad thing for you if something not only you will be playing the game at an elevated level but building yourself in the process of doing so.

Now you have two options as you can gather, you can either play with your friends out there or play with a pro. Now let’s break down the situation for what it truly is. If you decide to play with your friends then chances are that you will goof around, chasing and teasing each other rather than focusing on the game and will end up making no progress with the game. But if you give playing with pro a chance then not only you will have the most kickass fun in the COD Warzone that will simply blow you away but also you will be building your rank too. So, without waiting any longer simply jump on the opportunity and get yourself a chance of plaguing with a pro out there.