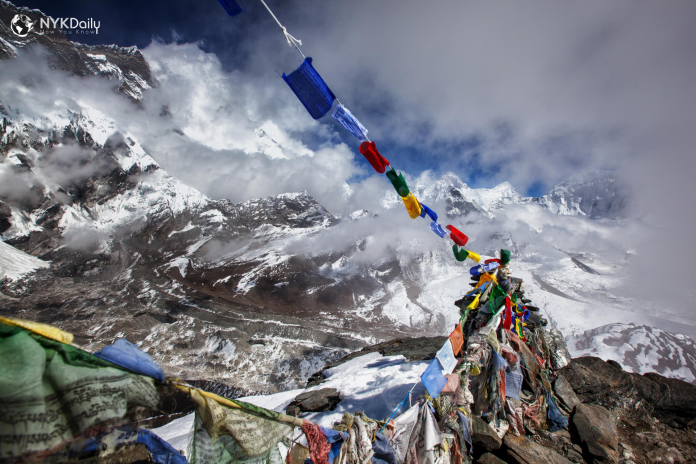 In a last ditch effort, Chinese Ambassador to Nepal Hou Yanqi is making all out efforts to prevent a split in the ruling Nepal Communist Party (NCP).

Though visibly silent on her widely followed Twitter and Facebook accounts since June 30, Yanqi continues to hold behind the door meetings with rival factions of NCP, one led by Prime Minister K.P. Sharma Oli, and another by former Prime Minister Pushp Kamal Dahal Prachanda.

The controversial Ambassador, who is perceived close to Nepal’s Chief of Army Staff General Purna Chandra Thapa, is seen as the architect of the ongoing trouble on the India-Nepal border.

Yanqi, who has more than 44,000 followers on Twitter, mostly Nepali, is quite active with local NGOs, youth forums and trade organisations.

At Kalapani as well as in the recent border tension in Tanakpur, Uttarakhand, local Nepali traders played a key role in launching anti-India protests. At Tanakpur, located in Uttarakhand’s border district of Champawat, Nepal had encroached on no-man’s land, despite serious objections raised by the Indian authorities.

At the moment, Yanqi is reportedly holding parlours with top comrades of NCP to prevent the ruling party from an inevitable split as Prime Minister Oli seems reluctant to make truce with Prachanda.

A prominent Nepali English daily reported that Oli is keen to float a new party. One of Oli’s close aides has filed an application with the Election Commission to register a new party.

A split in NCP will dent the left unity in the Himalayan republic, a position not suited to Beijing’s game of plan.

Earlier, a standing committee meeting of the NCP had failed to sort out the difference between Oli and the rival faction led by Prachanda.

According to NCP insiders, Prachanda feels that Oli’s behaviour has created chaos in the party cadre and he (Oli) should step down from the PM’s chair or from the co-chairmanship of NCP.

As the rivalry hots up for the PM’s chair, Beijing suspects that New Delhi is behind driving a wedge between the two rival factions of the NCP.

Therefore, Yanqi has been tasked to pacify the senior leadership in Nepal’s left party. For its own convenience and interest, China wants a strong, united NCP ruled government in Kathmandu.

Earlier, Yanqi had met senior NCP leader Jhalanath Khanal twice in a week. A close source to Khanal said that the Chinese envoy held talks with former Prime Minister Khanal for around 45 minutes at the latter’s residence in Swayambhu in the capital city.

Officials in the Ministry of Foreign Affairs in Kathmandu have dubbed the Ambassador’s recent moves as sheer violation of diplomatic norms. The standard protocol demands that there should be a representative of the Foreign Ministry present during such political meetings.

Yanqi also held a few meetings with senior party leader Madhav Kumar Nepal last week. A section of NCP leaders had then raised eyebrows as the meeting took place at a time when the internal rift within the NCP was heading towards a split.

Yanqi, working at the behest of foreign policy strategists in Beijing, is considered to be one of the most powerful foreign diplomats in Nepal. Apart from serving in Pakistan, she was holding a key responsibility in the Department of Asian Affairs in China’s Foreign Ministry.

Yanqi knows several languages, including Urdu, Hindi and Nepali. She frequently appears on Nepali TV channels and is one of the most popular diplomats in Kathmandu.