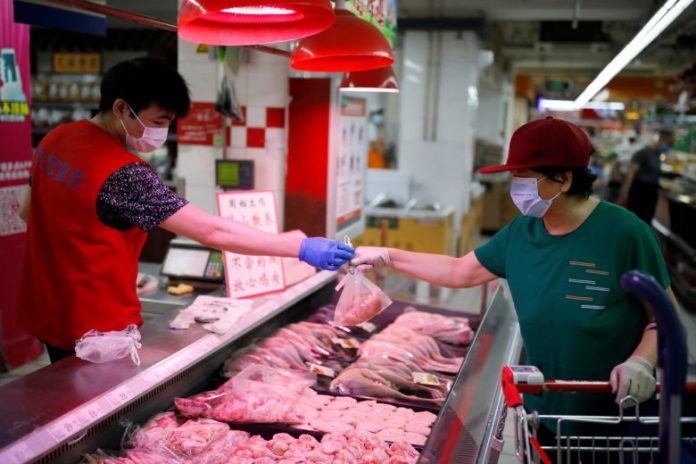 China has suspended imports from two Brazilian pork plants owned by meatpackers JBS SA and BRF SA, according to the Chinese customs authority, as it cracks down on meat shipments amid concerns about the new coronavirus.

China is temporarily halting imports from a BRF plant in Lajeado and a JBS-owned Seara brand plant in Tres Passos, both in Brazil’s southern Rio Grande do Sul state, according to a posting dated Saturday on the General Administration of Customs China (GACC) website.

The posting, which only identified the plants by registration numbers, gives no reason for the suspension. But Brazil is reeling from the second worst COVID-19 outbreak in the world behind the United States.

China is the largest buyer of Brazilian pork and chicken. It has requested that meat exporters globally certify their products are coronavirus free, which BRF, JBS and other Brazilian meatpackers have already done.

A total of six Brazil meat plants have now been blocked from exporting to China amid rising concerns over thousands of cases of COVID-19, the disease caused by coronavirus, among slaughterhouse workers in the country.

BRF said it was not given a reason for the suspension, which it only discovered via the GACC website. But the company said it was already working with Brazilian and Chinese authorities to reestablish exports from the facility as quickly as possible.

JBS said in a statement it would not comment on the decision. It was taking various measures to ensure its food is of the highest quality and that its workers are protected, JBS said.

Brazil’s Agriculture Ministry said it would only comment after it received an official communication from China on the matter, which it has not received.