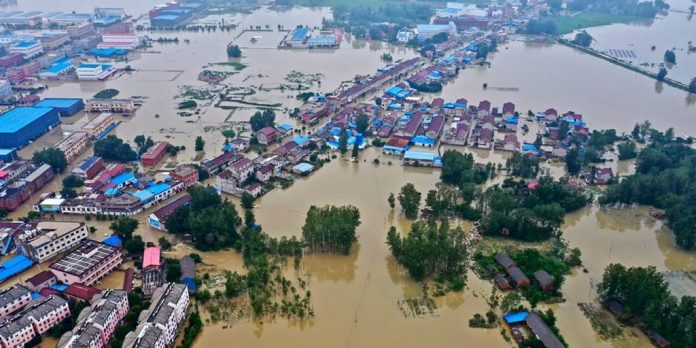 China has evacuated thousands of residents after a landslide blocked a river and created a barrier lake that threatened to submerge neighbouring villages, as large parts of the country reeled under some of the heaviest rainfall in decades.

The landslide occurred on Tuesday when 1.5 million cubic metres of earth fell into a tributary of the Yangtze river near the city of Enshi in Hubei province, the Xinhua news agency said, citing local flood control authorities.

China’s state weather bureau said on Wednesday that the country was hit by fresh rounds of torrential rain this week, further raising flood risks throughout the country.

Red alerts have been declared in the provinces of Anhui and Jiangxi, which are bisected by the Yangtze. China’s water resources ministry also warned on Tuesday that water levels in the Yangtze and adjoining lakes would continue to rise.

Ministry officials said they needed to keep a close eye on water levels at the Three Gorges Dam, which has been storing huge volumes of water in order to ease downstream flood risks and is now 16 metres higher than its official warning level.

China’s giant dams, designed to contain floods and generate electricity, have come under heavy scrutiny in recent weeks. While officials have talked up their role in reducing flood peaks, critics say they not only fail to protect against extreme weather but also end up cutting flood storage capacity.

Dams block the flow of sediment and reduce the ability of downstream flood plains and wetlands to absorb flood waters, said Darrin Magee, a professor at the Hobart and William Smith Colleges who specialises in China’s water issues.

The need to generate power can also undermine flood control efforts, he added.