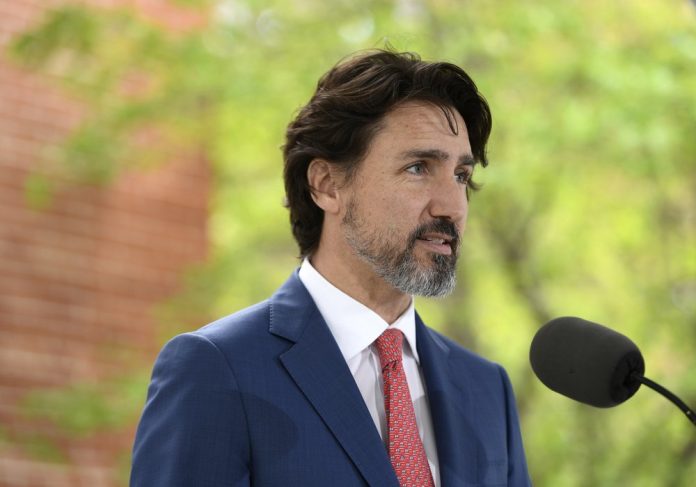 Canada’s opposition Conservative Party has asked Prime Minister Justin Trudeau to resign over granting a student volunteer program of millions of dollars to a charity group that has close links to him and his family members.

“Are they (ruling Liberals) prepared to sacrifice their personal integrity to protect their scandal-plagued leader, and to cover up corruption? Or are they willing to take a stand and demand that Trudeau step aside?” outgoing Conservative Party leader Andrew Scheer said on Friday at press conference.

Trudeau and his government have been under fire since announcing on June 25 they were granting WE Charity group a sole-sourced contract to run the now-halted student volunteer summer program of C$900 million ($664 million), reports Xinhua news agency.

Due to public outcry over the contract, the WE Charity and the Trudeau government announced on July 3 that they were ending the contract.

On July 13, at a press conference, Trudeau said he made a mistake in not recusing himself from cabinet discussions about granting the program to the charity group.

“I made a mistake in not recusing myself immediately from the discussions, given our family’s history, and I’m sincerely sorry about not having done that.”

The Conservative Party and other opposition parties are continuing to push for more answers and have launched three separate parliamentary probes.

They have also prompted the Parliamentary ethics commissioner to launch conflict of interest investigations into both Trudeau and Finance Minister Bill Morneau’s dealings on granting WE Charity group a sole-sourced contract to run the now-halted program.

Earlier this week, Morneau said he had just paid WE Charity back C$41,366 in outstanding expenses that the organization covered for two trips his family took in 2017, and that his wife has reportedly made C$100,000 in donations to the organization in recent years.

“Normally, these would be fireable offenses. In the past, ministers have been forced to resign for much less. So why hasn’t Bill Morneau been fired? Why haven’t Liberal MPs demanded that Justin Trudeau step down as leader of the Liberal Party?” Scheer asked.

Although the Conservative Party demanded the resignations of both Trudeau and Morneau, it has not indicated any desire to push for a confidence vote and snap election earlier than mid- September when the House of Commons is scheduled to reconvene.