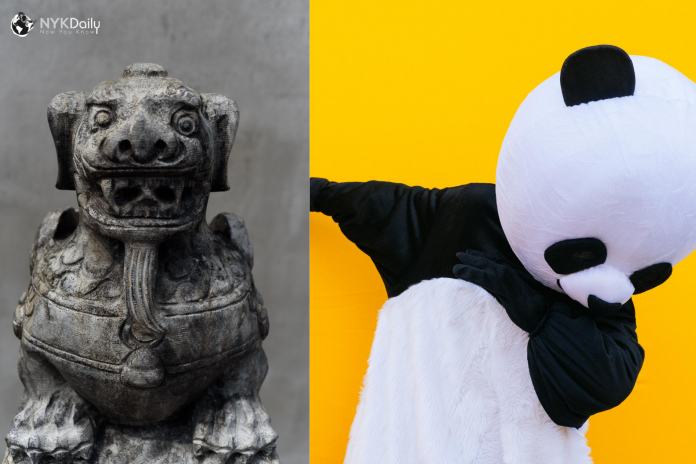 The word ‘mascot’ originates from the French word ‘Mascotte’ which implies lucky charm. This was used to represent anything that brought luck to a household.

A mascot is defined as any animal, object or person thought to bring luck, or anything used to describe a group with a collective public identity, such as a professional sports team, college, society or brand name.

Although it was first recorded in 1867, the History of Mascot is thousands of years old—let’s begin.

Mascots date back to cavemen and ancient societies who hunted for their survival. Early stories of masked creatures, often resembling animals, were drawn or engraved on cave walls and described in early art. Totem poles were filled with representation of animals in ancient cultures.

These representations are much like the thought of the team mascots visible on basketball courts and football fields. Usually, in ancient times the evidence shows that these portraits were often worshipped and celebrated. This was particularly true during times of harvest and hunting. Old tribal people would dress up like animals or those on totem poles to inspire goodwill from them. They considered this would help with thriving hunts and abundant harvests. Also, early cultures would dress up in masks or animal-like figures for purposes of fertility. Many would hop in the mascot-like costume to bring about fertility for people in their village or tribe.

My husband would have loved reading this.

Humans have come a long way in its present-day version of mascots. As we know them today, mascots have been in a similar style and matter since the 1800s. They began to spring up on college playing fields during that era. Often live animals were used as the standard mascots of teams, and professionals were proudly wearing a patch with the mascot on their jersey. The sustenance and upkeep of live animals became expensive and cumbersome, so they were mostly eliminated. They emerged to match the puppet-like versions we see today.

Mascots are now recognized as entertainers and artists with features that now make it an art form. They have come to be an expression of what the team is and may correspond to the team’s location, or some other dominant characteristic that makes the club unique. Efficient mascots do not learn their stage behavior in a school. Having the capacity and ability to become one with the character and display this through physical activity is essential to being a realistic mascot. The individual must be able to put their personality aside and get into the role. Mascots are exceptionally popular with children. They need to perform in a way that is child-friendly and not intimidating.

The more attractive a mascot is, the more attainable they will be. Plus, they will be well-received by audiences of all ages. The position of mascot handles a lot of power over crowds at games. They can either really involve the crowd in the game, or make a poor effort and cause the crowd to turn on them.