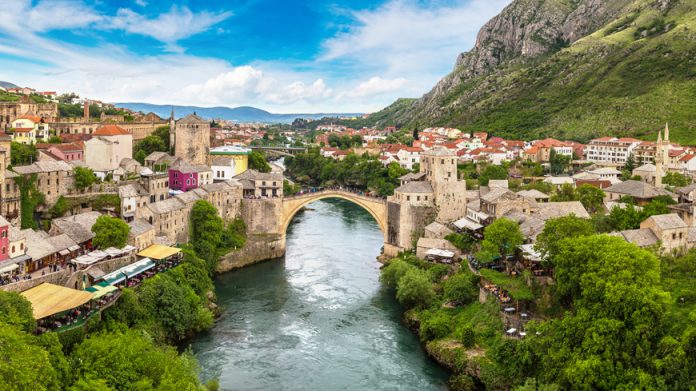 Bosnia’s ethnically divided southern town of Mostar will hold its first local vote in 12 years on Dec. 20, the election authority announced on Thursday.

Bosnia is set to hold local elections on Nov. 15 if the national parliament passes the 2020 budget under which funding for the vote should be provided.

Mostar, where failure by the Bosniak (Bosnian Muslims) and Croat ruling parties to enforce a 2010 constitutional court decision on power-sharing had blocked the election of city councillors for the decade, was originally exempted from the vote.

But a last-minute political deal, agreed under international mediation in June and passed in parliament last week, has enabled the state election commission to set the vote in Mostar for Dec. 20, commission head Zeljko Balakar said.

The deadlock in Mostar, famous for its Ottoman-era Old Bridge but divided between Bosniaks and Croats since the end of Bosnia’s 1992-95 war, stems from the distrust between the two groups.

The Bosniaks, who are the minority in Mostar, want safeguards to make sure they are not out-voted. The Croats, in the majority, want the town unified.

Bakalar said that 35 city councillors would be elected under new election rules for Mostar.