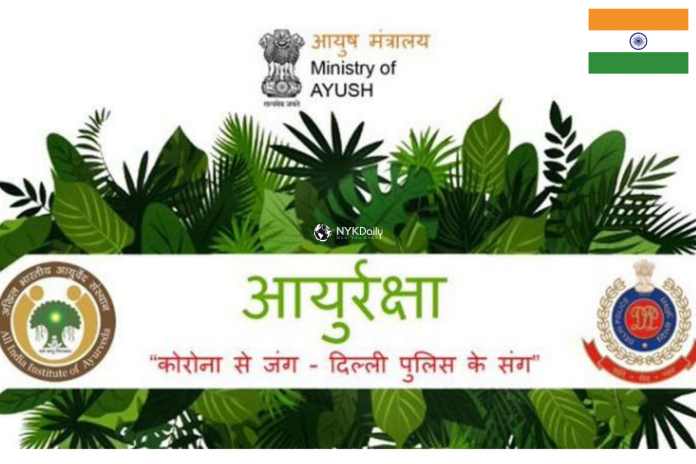 The AYUSH Ministry has claimed that there has been decline in the incidence trendline for COVID-19 among the users of ‘Ayuraksha kit’ as compared to trends of general population in the national capital.

As per the ministry “positive feedback is being reported from the personnel with decreased anxiety levels, feeling of general well-being and reduction in minor symptoms like cold and cough”.

A prophylactic programme ‘AYURAKSHA’ is being run for 80,000 Delhi Police personnel under the directions of Ministry of AYUSH, and Delhi Police, being the frontline warriors of COVID-19, are being given ‘Ayuraksha kit’ for boosting the immunity and increasing quality of life against COVID 19.

“The Ayraksha kit contains Sanshamani Vati (prepared from Giloy), AYUSH kadha and Anu Taila for nasal application,” the Ministry said. Till date 1,58,454 ‘Ayuraksha kits’ have been distributed in two phases with overall compliance of more than 90 per cent, said the ministry, adding feedback of the Delhi police personnel is being analysed with the help of Public Health Foundation of India (PHFI) and positive feedback is being received.