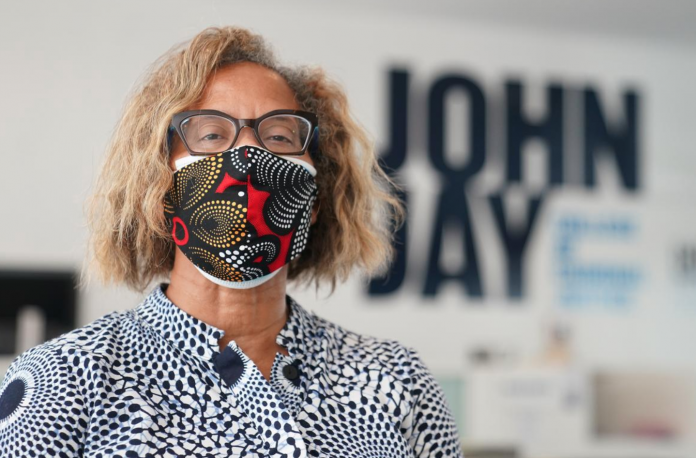 Stephanie Robinson, 23, a rookie Black police officer on Detroit’s West Side, has been challenged by Black residents about her loyalty while on patrol since the death of George Floyd under the knee of a white police officer.

“They’re saying, ‘Are you going to be Black or be a police?’ And I say, ‘I’m Black and a police officer. I’m going to do both and do it the right way,’” Robinson said.

Robinson says she is committed to the force, but is also openly critical of police training and methods.

“If we could have a better relationship with people, and not be going full force every time and treating people like criminals” it would help, she said.

Growing concern among young officers and cadets about racism and brutality in U.S. law enforcement after Floyd’s death is the latest complication for police recruiters already struggling to hire and retain new cops.

Drops in the number of recruits and increases in officers heading for retirement are so dramatic that the Police Education Research Foundation (PERF) dubbed it a “workforce crisis.”

Job applications have plummeted in many police departments over the past five years, falling 50% in Seattle, for example, and 70% in Jefferson County, Colorado, a 2019 study by PERF showed. About 16% of the U.S. police force hits retirement age in the next five years, the study found.

As local governments curb police powers, and Congress pushes reform bills, some of the police workforce of the future is also beginning to question how policing is done and their role in it.

This next generation wants better training; a more transparent, flexible and accountable police presence; and closer ties to the communities they serve.

“We are not waiting two, three, four years for change. We need to change now – right now,” said DeCarlos Hines, a forensic psychology major and president of the Black Student Union at New York City’s John Jay School of Criminal Justice, which is one of the biggest feeders into U.S. law enforcement.

Hiring and keeping Black and other minority officers is one of many challenges facing police recruiters, the PERF report says.

Law enforcement agencies are also increasingly struggling to find recruits who are conversant with technology to fight cyber crimes, such as human trafficking online or internet stalking, and able to be more active in addressing an array of social ills like the opioid epidemic.

A patrol officer for just over six months, Robinson says she was not taught how to handle the most common issue she faces: people with mental illness.