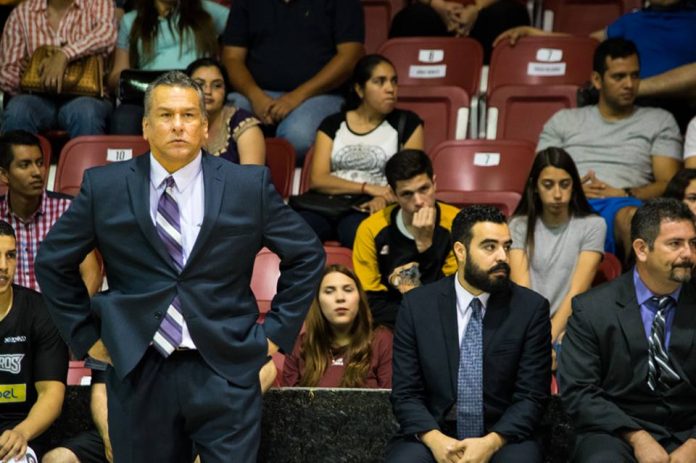 In the sport of basketball, there are quite a few names that stand out at the mere mention of the game. Most of them come from the most popular basketball league on the planet, the NBA. However, that’s not to say that there are homegrown talents that aren’t exceptional at the game. It’s all about recognition, but most of the time, the stories that we know are of the people at the frontlines.

The players are always at the heart of the game. The players are the ones who are most recognizable to an audience. Often, we forget that the coaches play a vital role in a basketball team. A basketball coach can make or break a team. Exceptional coaches can push players to their limits and make them succeed.

That’s where Coach John Saintignon comes in, a world-renowned basketball coach who was an exceptional collegiate player back in his hay days. His story is one of true inspiration, rising from adversity as an adopted child in a foreign country. Saintignon didn’t know who his birth parents were because he was given up for adoption and raised by a loving family in Tucson, Arizona.

It was an honor to interview John. We were moved by his astonishing journey from adopted child to making a name in the Basketball world and writing books.

1. We would love to know more about you, John. Where are you from? Where did you grow up? What kind of passions did you follow in childhood? Any memorable incidents that brought you close to basketball?

I was born in Nuevo Casas Grandes in Chihuahua, Mexico, and given up for adoption right away.  I was there for approx. 4 days before two loving parents from Tucson (Arizona) adopted me, and I was raised there.  It was stressed upon me early that my education was going to be the key.  I was able to play all sports, and I loved them all for different reasons, as well as BMX racing of all things.  From the beginning, knew it was Basketball that brought me Joy and Passion.  I practiced all the time and used my imagination to stimulate my mind as this was in the days before the Internet, Cable TV, Cell phones…you just went outside and played.

2. How about your Education? And how basketball played a crucial role alongside.

My mom and dad made huge sacrifices to make sure that I attended St. John’s the Evangelist School and then onto Salpointe Catholic High School in Tucson, Arizona. My education was stressed as I couldn’t play anything until my homework was done, checked, and given the attention it deserved before being allowed to go outside to play.  It made me prioritize my time, get focused on my homework, and concentrate so that I was able to go outside and play.  To this day, I have used this mantra to all my athletes with whom I coach:

“Basketball is a tool to get an education.”

3. Can you share a few Basketball-related experiences that might teach you some life lessons and how it helped you to begin writing the book?

I believe that we can learn from our parents first. They were my first teachers, I always saw my mom and dad working to get better each day, trying new things to see what worked and did not. THEY WERE BUSY TRYING TO IMPROVE AND INNOVATE ALONG THE WAY.

I applied what I saw each day to my practice habits with basketball.  I did not take a day off and I woke up before everyone else did and consistently worked on my game at 5:30 AM everyday.  I know that this is a young person’s game and doesn’t last forever and so I wanted to become the best at whatever I could do. I discovered that I was good at putting the ball in the basketball with my jumpshot if I could get that opening.

My Junior season in the NCAA I was fortunate to have all that hard work begin to pay off as I led the country in scoring, averaging 31.2 points per game.   I actively sought out coaches who would push me and guide me and direct me and give me all that I could but also who would encourage me.  I decided to write the book, “Take Your Shot, Make Your Play!” after I saw many people lose their dreams.  You know as a youngster there are many who give encouragement, words like oh that’s great you want to be a doctor or a lawyer, fireman, and provide that encouragement, but then that very same person when they get to college or turn 18, hear a different story, like what are you going to do with that major, how are you going to make money?  Their dreams get shot down.  I wanted to give the reader an inside look at my journey because I am not 6’8″, not overly gifted athletically, and I heard that same thing all the time, what are you going to do?  Play basketball?  I wanted to give the reader the opportunity to pursue their passions!

4. How do you think Coach’s life impacted others and yourself?

Being a former player and making the transition to coaching, I didn’t know if I would be able to tell someone else how to do things successfully.  I was nervous and got the unique chance of becoming a Varsity High School Head Coach as my first coaching opportunity.

I remember Coach John Wooden telling me that I would never know what a successful coach I was until ten years later when those that were under my supervision became husbands, fathers, businessman. They would reflect upon the skills you taught them using a basketball that now pertained to their personal lives.  I tell my players to use basketball as a tool to get an education. I am so fortunate to hear from my former players at least 1 per day. As a professional coach, many thinks that it’s just the business of putting the ball in the basket, but these players want that coaching to be more than just the game as well.  They want to be inspired, they want to be reminded of things that help them, they want to know that they can talk about problems, and come up with solutions, not just wins and losses. To become a Transformational coach versus a Transactional coach. That’s what I have gained by coaching, I coach players, I want to help transform their lives by giving them a unique experience with me, not just teach them offensive systems and game plans and only concentrate on wins and losses.

5. Writing a book is challenging, apart from coaching, you were able to pen down a book.  Can you share a brief outline of the book?

Take Your Shot, Make Your Play! is for students, athletes, coaches, entrepreneurs, salespeople, business people, and anyone looking for an edge to achieve their goals. John Saintignon, one of the NCAA’s most accomplished basketball players, shares how pursuing his passion has led him to success. Left for adoption at a church in Mexico as an infant, he was adopted by a loving and supportive family in Arizona that acknowledged and encouraged his skills and love of sports. The lessons from his life story will help you: Turn failures into comeback opportunities. Focus on the things you control. Cultivate the confidence you need to succeed. Saintignon, who led the entire nation in scoring in 1985/86, averaging 31.2 points per game at the University of California, Santa Cruz, is proof that it doesn’t matter where you start in your life, it’s all about where you are going. From the streets of a neighborhood where kids rarely went to college to professional basketball courts throughout the world, in this inspiring memoir, you’ll learn lessons to succeed as an athlete, in business, and life.

6. We would love to know what you have been doing in the past few months and what you are planning next.

I was coaching this past year in Saitama, Japan in the professional B League. I am preparing for my 2nd degree Black Belt in Shorin Ryu Karate, and I have been working on my next book coming out soon. It will be about my journey to discover my birth parents.  I was given up for adoption at birth, and I returned recently to try to discover where I came from without having a name nor a photo to go by.

I went to Mexico several times to see if I could at least know where I was born and where I came from.  I faced many obstacles but I continued to be persistent and discovered who my birth parents were and my brothers and sisters that I never knew about.  It was such an incredible journey to do this. Indeed, the quote,

“A journey of 1000 miles begins with taking the first step” by Lao Tzu, applies to this story.

Since October, I have been teaching several courses on Global Economics and Cultural Diversity as an Adjunct Professor at Brandman University which is a part of the Chapman University system in Orange County, California.

I am available to speak to companies or individuals, just visit my website and let’s set up a time to speak, visit http://www.johnsaintignon.com