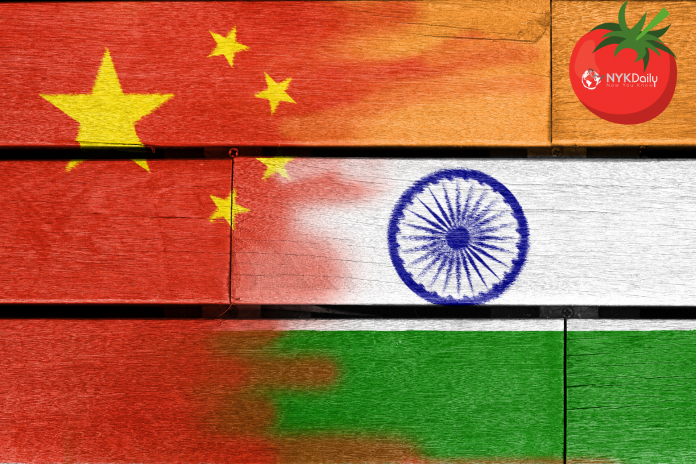 “A policy that fails to influence the agricultural prices thus will fail to control any price in India, irrespective of how much development planning textbook support there may be to argue otherwise”- Dr. Subramanian Swamy (Source RESET: Regaining India’s Economic Legacy)

The situation that we are facing as a country needs no addressing, we are standing up against a bully that needs to be taught a lesson, so it’s high time to turn into a teacher ourselves. Today India is number 2 in terms of production of tomatoes, we have what it takes to excel and leave the number 1 behind a certain someone. In total world production of tomatoes, China contributes 23.1% followed by India at 8.49%. While we are boycotting China on several fronts we should also look forward to planning India’s rise to ‘Global Rank 1’. Indeed, China is everywhere, and whatever we want to do is quite possible but isn’t 100% ‘free of China’. Sometimes the question in a democracy that we need to ask ishow can we contribute to a cause rather than questioning what the government is doing?

Growing tomatoes hydroponically can be an answer. Hydroponics is a new and environmental friendly field of farming, that can be done in small places. You can do it at home too, hydroponics is a soilless method of farming that utilizes less water when compared to conventional farming. Hydroponics has proven to be easier and more efficient than conventional methods. (read my article on hydroponics to know more) Thus, growing tomatoes hydroponically can be an indigenous act as an Indian citizen. According to me, the population of 1.3 Billion is an advantage, an advantage that we can use to win a war that’s within the borders. The Prime Minister Garib Kalyan Yojna feeds 0.8 Billion people that leave us some 0.5 Billion of us in our arsenal – if we all try to grow even 5-10 tomatoes hydroponically (usually takes 2-3 months), well I don’t need to do the Math.

The motive of growing a tomato shouldn’t be just restricted to subsistence farming (crops produced to provide for the basic needs of family) it should go a little beyond subsistence. The possibility of tomato not being utilized timely and becoming stale is quite high, so what you can do is donate the surplus to your local vendor and give some to the Government. People who cannot involve themselves in farming activities can buy the tomatoes from the local vendor, adding to the GDP – when your local vendor prospers the entire nation prospers. It can be considered as a solution benefitting environment, economy, and serve as a lesson for many. The tomato that you grow today might win you a war tomorrow!

Does it sound impractical? Well, as far as I know whenever the country needed cooperation we have proved that we are one whether if it was giving up a meal so that the food saved could be distributed to the affected population in 1965 on the call of the then Prime Minister Lal Bahadur Shastri Ji or in the recent times when the citizens of the country cooperated during the lockdown on the call of the Prime Minister Narendra Modi Ji. Shastri Ji motivated the country to maximize the cultivation of food grains by ploughing the lawn themselves and with today’s growth in the field of Hydroponics, we can bring the farm inside our four walls. It just needs a sacrifice of one Netflix episode a day to make it practical enough!

Frankly speaking with the youth

We are number 1 when it comes to the youth population, 65% of our population is between 15-35 years and this is expected to last for another 40 years. Today the youth has access to quality education and internet – they live in the tech-savvy decade, unlike old times. The contribution of agriculture to the GDP had been ranging between 17.4 – 51% for different years although there has been a decline in this rate, from 51% in 1950-51 to 14.4% in 2018-19 – this shows our ignorance towards the very foundation of our nation. As a youth, we have the responsibility to seek ways to increase this number and help India become a 5 trillion dollar economy. I believe in the butterfly effect that says, an insignificant choice you make can have a huge impact somewhere else. The point being, when you bring the youth together in an industry that has the potential to contribute the most to the Economy, it is possible to emerge as ‘Global Rank 1’ due to of our collective efforts. To get back to the basics with the existing technology and eco-friendly methods like hydroponics, aquaponics, aeroponics etc doesn’t seem like a bad idea to me, it won’t hurt the sentiments of Netflix or Amazon Prime. With the current world scenario, people have been working from home – all we need to do is farm from home!

So people, let’s ‘farm from home’, make each tomato count and remember together we can and we will save the Planet.