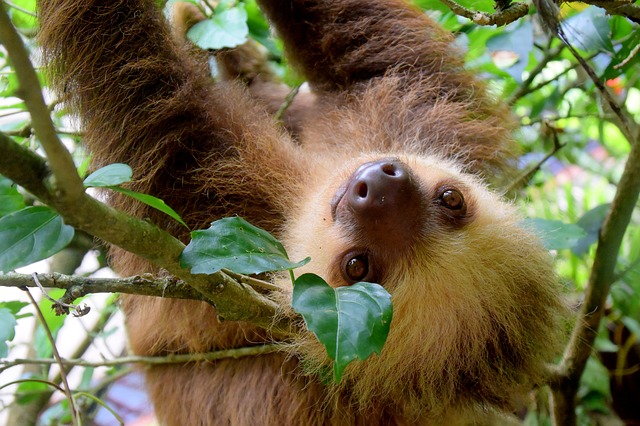 Sloths are slow-moving mammals that spend their lives hovering about in the trees of Central and South America.

Sloths are medium-sized animals that come in both two and three-toed classes. These mammals live on trees almost their entire life and are linked to the anteaters. You will see a similarity between these two if you have a look at their claws, though anteaters use theirs for diggings, and sloths use them for dangling from tree limbs.

Typically, sloths eat leaves, buds, and the tender shoots of several plants. They are very slow in their movements, hence the name “sloth,” which, as you may know, is the Biblical fatal sin of laziness. Both types of sloths are relatively widespread in Central and South American jungles.

Here are seven fun facts about them.