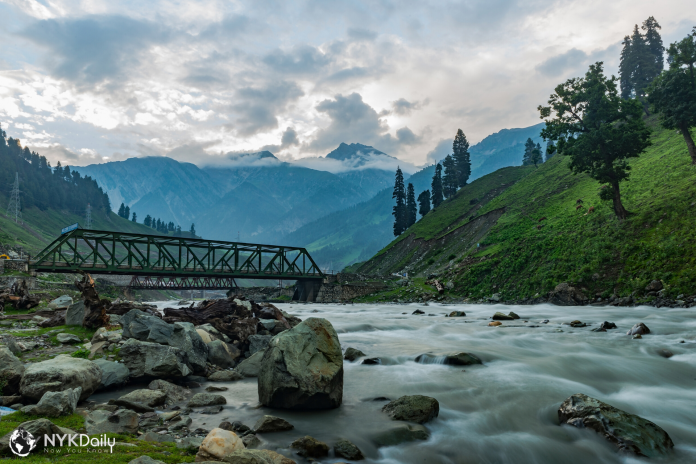 The Defence Minister will unveil four bridges in Akhnoor sector and two in Jammu-Rajpura area constructed at a cost of Rs 45 crore. “All bridges are around 300 to 100 metres approximately,” said a senior Defence Ministry officer.

“Defence Minister Rajnath Singh reviewed the ongoing projects with DG BRO (Border Roads Organisation) and other senior officials at a meeting in South Block today,” the Ministry of Defence said.

During the meeting, Singh had directed that all border infrastructure to be fast tracked so that movement of forces should not be affected.

BRO Director General Lieutenant General Harpal Singh briefed the minister that since inception the organisation has been a leading road construction agency involved in construction of roads, bridges, tunnels and airfields in remote border areas and have also undertaken construction in friendly foreign countries like Bhutan, Myanmar, and Afghanistan in line with our overall strategic objectives.

The officer also briefed the minister that there has been a major surge in outcomes in BRO in the last few years.

Last month, the government has approved an additional Rs 1,691 crore for highway works by the Border Roads Organisation in Jammu & Kashmir and Uttarakhand.

Further, amid escalated tension between India and China along the Line of Actual Control (LAC), Lt Gen Harpal Singh had made a visit to the under-construction 8.8-km-long Atal Rohtang Tunnel that is set for a September opening.