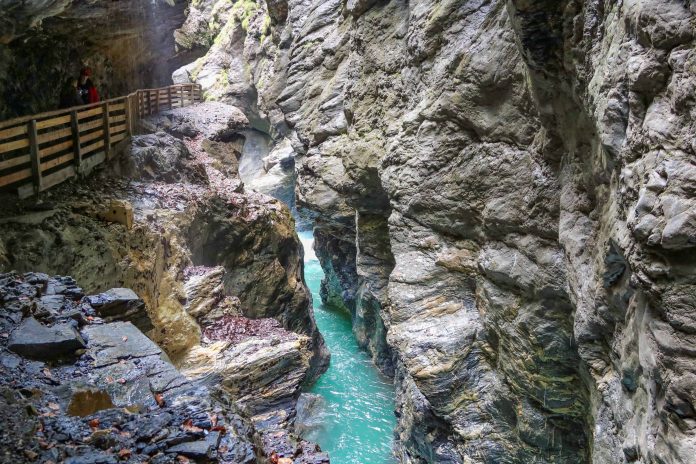 Two walkers were killed on Wednesday by a rockfall in the Baerenschuetzklamm, a spectacular mountain river gorge popular with hikers in the Austrian province of Styria, police said.

Eight people were injured, one of them seriously, the police statement said.

The two dead walkers were a 50-year-old Hungarian woman and a 21-year-old Austrian woman who lived near the city of Graz, 30 km (18 miles) to the south. The injured were taken to nearby hospitals by helicopter.

The Baerenschuetzklamm, overlooked by towering limestone cliffs some 30 km (18 miles) north of the city of Graz, is one of the longest gorges in Austria and can only be reached on foot.

Hikers use more than 160 vertiginous wooden bridges and ladders and climb 2,500 rungs to traverse the 1,300 metre-long (1,400 yard-long) ravine, ascending 350 metres in the process.

The rescue operation, which unfolded after the rockfall around noon, concluded in the late afternoon.

Rescuers and their equipment had to be roped down rock walls or climb for an hour to reach the scene of the accident. A canyoning rescue team searched the Mixnitz river, which runs along the gorge, supported by three helicopters, police said.

Safety experts warned last year that there were too many visitors in the gorge.

The broadcaster ORF said the bridges and ladders were last cleaned and checked for safety in May.

The gorge will remain closed to visitors for the time being, police said.