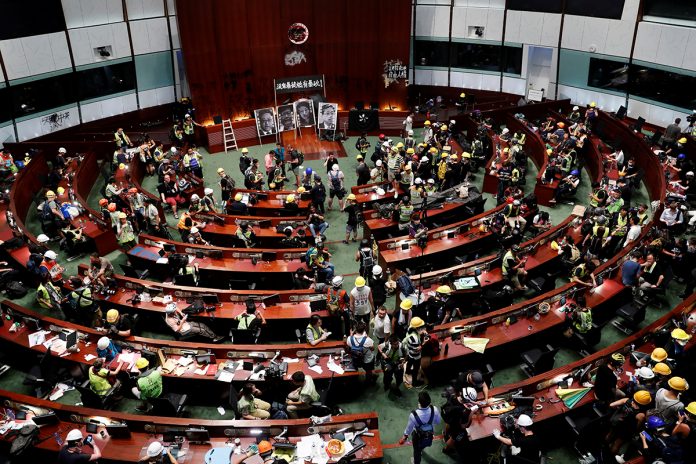 At least 12 Hong Kong opposition candidates have been barred from running in the elections for the city’s Legislative Council (Legco), a media report said on Thursday.

In a statement, the Hong Kong government said it agreed with and supported the decision to invalidate the 12 nominees, which includes political activist Joshua Wong, reports the South China Morning Post (SCMP) newspaper.

“Returning officers are still reviewing the validity of other nominations according to the laws. We do not rule out the possibility that more nominations would be invalidated,” the statement said.

“The decisions of returning officers aim to ensure that the election is held in strict accordance with the Basic Law and other applicable laws in an open, honest and fair manner.

“There is no question of any political censorship, restriction of the freedom of speech or deprivation of the right to stand for elections as alleged by some members of the community,” it added.

The decision comes two days after Chief Executive Carrie Lam met her ministers and close advisers on Tuesday morning to discuss the possibility of postponing the Legislative Council polls due to COVID-19 pandemic, but no decision was reached, the SCMP said in a report.

The polls are currently scheduled for September 6.

If the elections are postponed, they must be held no later than 14 days.

A spokesman for the Electoral Affairs Commission said it was closely monitoring the development of the pandemic and its effect on the upcoming polls.