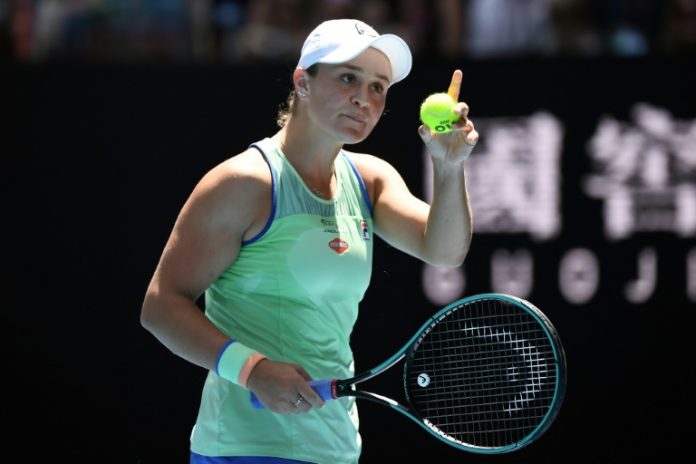 World number one Ashleigh Barty voiced caution Friday about resuming tennis too soon, saying she needed more information before committing to the US Open in August.

The Australian, who surged to the top of the rankings last year and has stayed there since, said it was not just her but her entire team she must consider in the wake of the coronavirus pandemic.

“It’s exciting that tennis is being talked about again and things are moving in the right direction for us to start competing,” she told the Sydney Morning Herald.

“But I’d need to understand all of the information and advice from the WTA and the USTA before making a decision on the US events.”

The WTA and ATP schedules have been on ice since March with action not set to resume until the end of July at the earliest.

Wimbledon was cancelled for the first time since World War II, while the French Open has been shifted from May-June to September-October.

A decision about the US Open — played in New York, which has been a hotbed for the virus — is yet to be made, but its main draw is scheduled to begin on August 31.

Barty said she was concerned about travel exemptions for her support staff.

While players could be exempt from a 14-day quarantine period, it remains unclear whether that also applies to their teams.

On Thursday, Rafael Nadal insisted tennis should not start again “until the situation is completely safe”.

“If you told me to play the US Open today, I would say ‘no’,” said the Spaniard, who captured a fourth US Open and 19th major in New York last year.

“In a few months, I don’t know. I hope so. We have to wait for people to return to normal life. And when it does, wait to see how the virus evolves.”