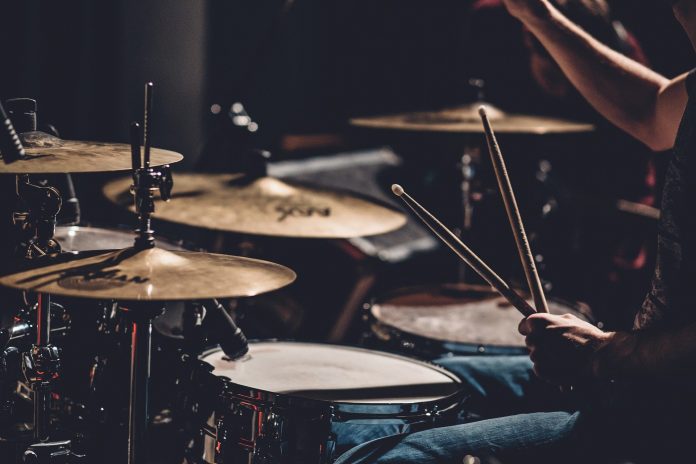 Bollywood was buzzing with one after the other romantic songs and ‘Roobaroo’ was on every young mind. At this time I was just getting some sense of music, back in 2007, alternative rock, punk rock and nu-metal were just seeping into our society, Green Day, Linkin Park, One Republic, Maroon 5 were some of my favourite bands, the first song that I heard was ‘Numb’ by the late Chester Bennington, Linkin Park’s lead vocal, made me feel alive – such was the power of this song. He has been one of the people who inspired me to write and get involved with music and singing or drumming. He gave words to my thoughts that helped me talk or explain to people how I feel. Though the ‘link’ in Linkin Park is gone his music is still inside of me constantly teaching me to ‘erase all the pain, until it’s gone’ (Song: Somewhere I Belong).

Music plays an important role in everyone’s life, for me music is a device that helps me calibrate my brain and heart at the same frequency and ends the war of supremacy between the heart and the brain.

It was the time when Youtube became quite the sensation – I used to watch the concerts of Green Day, Linkin Park, Eminem, Rihanna and a whole lot of a line of up of my favorites, I tried to copy the way Billie Joe Armstrong used to play his guitar. Whenever I play the six strings I still copy his style, wherever he’ll go I would follow, even if it is him ‘walking the empty streets on the boulevard of broken dreams’ (Song: Boulevard of Broken Dreams).

At 18, you are furious, you are at the zenith of your immaturity, you think of conquering the world, while still figuring out the ‘line that divides your mind’. Your think of defeating the world and have the attitude that you are always right and are pissed off at the whole Planet. Wake me up when September ends, was the song that Woke me up and drew me close to drums and lured me to pick up those sticks and blast the roof of my house. I would watch videos of bands performing all around the globe. The aura and the style of drummers like Tre Cool (drummer, Green Day) with his punk hairstyle and weird expressions and the energy of Josh Dun (drummer, Twenty One Pilots) – his vibes coming out of the screen and pumping me to my extremes. Music has always been the art born out of the primordial need of self-expression and it helps modulate serotonin and dopamine levels in your brain.

Drumming helped me organise my thoughts, helped me calm my nerves, helped me think better, absorbed the anger or the frustration. After a point, it felt like a mental exercise that helped me with my coordination and multi-tasking skills, I could sense changes in me, drumming was always about expressing myself or releasing the stress. I never thought to make a career out of it but it was a zone in which I had full control over my mind and heart both agreeing on the same thing. Struggling in the beginning, giving up just after 10 minutes of trying to get my beats right to continue playing for 8 to 10 hours straight I found ‘my beats as my chemical and the moment as medical’ (Song: Chlorine).

Drumming at 18 was an effect of a long musical journey and thoughts that helped me swirl the drumsticks, the feeling of banging the snare and the crash plates as hard as possible, the feeling of having a controlled powerhouse inside of my was just amazing, it has contributed a lot in making me a person that I am today. The most important thing that I learned was how to confine my scattered emotions and use it for good. Today I don’t get a lot of opportunities to play the Drums, and I just want to go back to that 18-year-old me and tell him to never abandon the sticks, no matter what. It would be your freedom of expression, you could be sad, angry, happy, frustrated – just drum it out and you will be fine. Channelize the feelings and let the adrenaline run down your veins into the stick and drum your heart out and ‘love how it feels to break the chains’ (Song: Whatever It Takes).

PS: From a drummer to the music, Happy World Music Day!