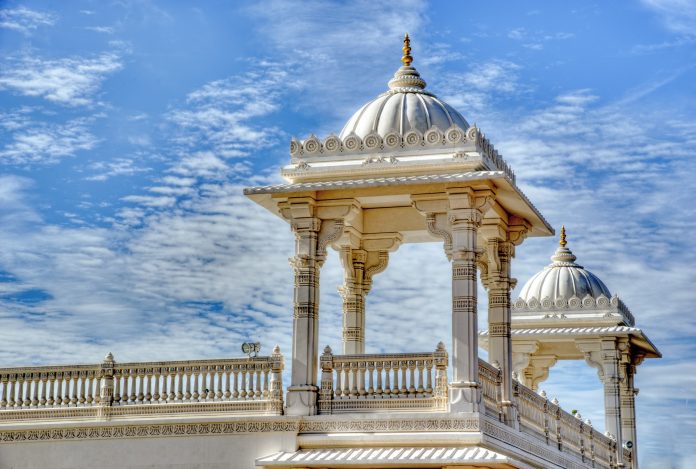 A 15-member team from Delhi has embarked on the process of cleaning the carved stone panels that are stocked up in the Ram Karyashala in Karsewakpuram in Ayodhya.

The carved panels have been here since the early nineties — two years before the demolition of Babri mosque — when carving work began for the grand Ram temple.

Stones panels were transported to Ayodhya from Rajasthan and artisans for carving were brought from Gujarat.

Sanjay Jedia, manager of the company assigned by the Trust to clean the panels, said, “We are using water and special chemicals to clean and remove dust, moss and algae on the stone carvings. It will take at least four months to bring the shine back on stone panels. Our workers are trained in their jobs and care is being taken to ensure that there is no damage to the carvings.”

Triloki Nath Pandey, decree holder of Ram Janambhoomi and ”best friend of Ram Lalla”, said, “Work at the Karyashala continued even during the non-BJP regimes of Mulayam Singh, Mayawati and Akhilesh Yadav and we were always allowed to transport marble and stones from Gujarat and Rajasthan. Work was stopped briefly for a month just prior to the Ayodhya verdict for the first time in 30 years.”

Annu Bhai Sompura, manager of Karyashala, said that the carved stones at the workshop were complete for the first floor of the temple.

“It will take at least nine months to transport the heavy stones from the Karyashala to the Ram Janambhoomi premises,” he added.