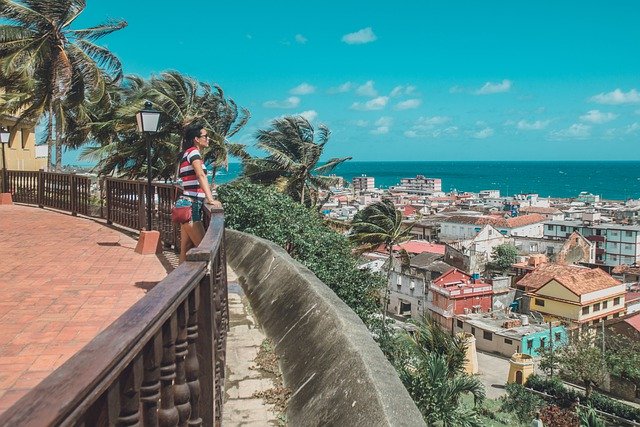 Anyone who believes they have seen all there is to see in Cuba and regards himself a true Cuba master without ever having set foot in Baracoa doesn’t know what he’s missing out on. Baracoa offers courageous and culture-thirsty travelers with the possibility to experience changing Cuba holidays in a quaint little town that blends old age colonial allure with a rich history, fascinating nature, and beautiful, isolated beach coves.

Baracoa is Cuba’s most pristine city and perhaps one of the world’s best-kept secrets. Also known as the “First City”, Baracoa was the first village to be established in Cuba and the story says this is where Christopher Columbus first landed when he discovered the island back in 1492.

Situated in Cuba’s eastern tip, this charming city is rich in heritage and Cuban culture. Cuba holidays in Baracoa have lots to offer in the form of hidden trails, secluded beach coves, and majestic waterfalls for nature-loving explorers while possessing marvelous museums, forts, and cathedrals for those exploring art, architecture, and history.

Baracoa has an old colonial village with cobblestone lanes followed by weathered one-story buildings with peeled paint and picturesque facades.

Locals try to sell tourists’ sweets but aren’t unusually pushy or rude. Baracoa has possibly the world’s best ice-cream but the Cucurucho – blending coconut and sugar with other components like pineapple, orange, and guava, wrapped in a cone-shaped palm leaf – is maybe the most prevalent local snack delicacy. The local peanut butter bars and white chocolate covered in palm bark are also very good.

Those wanting to unwind while on holiday in Baracoa can sip rum and cola with locals convened at the nightclub 100 Steps above the town. Another welcoming drinking enterprise is La Casa de la Trova, a lively venue near the church, which hosts live music and salsa dancing. The Playa Maguana beach area also has several quaint restaurants and bars to enjoy

The most astonishing attraction in the whole of Baracoa is El Yunque; an 1886-foot (575 m) high flat-top mountain that is approximately a thirty-minute pushbike ride from the town center. There is a fee to enter the national park, followed by a 1-2 hour hike, but the views from El Yunque’s peak are nothing less than spectacular as you overlook villages, mountains, woods, and villages.

Baracoa’s historical significance and strikingly beautiful landscapes make it ideal for social Cuba holidays but the best thing about the city is its solitude from the outside world and it is truly relaxing.