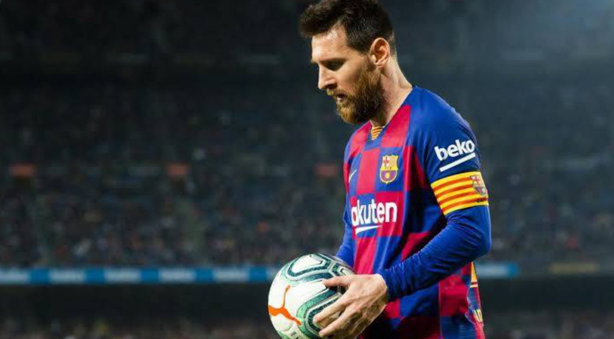 People debate often about the most popular sport in the world.

Some argue it’s American basketball while others choose cricket, but all these people will be high opposed by the fans of soccer.

World soccer remains the most followed game on the planet with its reach connected to almost every person alive.

Here’s why we think world football is the best sport in the world.

No matter where you watch a soccer match, one factor that never changes is the passion fans share for the game.

The passion for the game, team and players you see at the stadium and on the pitch, can be experienced in homes across the world. There is no other sport that can rival the passion shown during matches and the week leading up to the match.

Viewers also consider it entertaining to bet on sports like these.

A thing about most professional sports in America is that they have an age limit restriction for players. For instance, in NFL, a player has to be out of high school for three years before he can be put into NFL draft.

In world soccer  there is no age requirement and players can take the pitch at any age. If a club thinks that a player is ready to take on the pitch, they will just throw him in.

The best example of this freedom in most recent years is Luke Shaw of Southampton and Raheem Sterling of Liverpool. Both the players made their debut at the age of 17 and took on the field with their spectacular performances.

If they were to play in American football or basketball, none of them would have made to their teams until the age of 19.

In the football world, two times a year the madness of the transfer window comes on the forefront that keeps clubs and fans on their toes.

As compared to the free-agent policies in American sports, the transfer process in world football is entirely different. There are free agents in football as well but they are not the ones who bring in the most lucrative deals. The best player transfers come from the clubs who pay each other for player transfers.

The biggest transfers money-wise in the recent past have been Liverpool’s capture of Andy Carroll, Chelsea’s purchase of Fernando Torres, Real Madrid’s big-money bet for Cristiano Ronaldo and Manchester United’s picking of Robin van Persie.

In every country where football is played, there is a cup competition between the clubs that give fans an unmatched home feel.

The most famous domestic cup competition in the world football is the English FA Cup that sees the participation of over 750 clubs from across the nation.

The domestic cup tournaments are important because they give a chance to the clubs from the lower leagues to go up against the clubs in the top flight. This is an opportunity for them to do the unthinkable and pull off a win.

Indeed, such upsets come once in a while as there is such large gap between the talent and resources of the top flight and lower league clubs, however when such wins do happen, the fans across the country never forget.

According to BetJOE, such games also attract the best value odds for betting.

Nobody can argue that at the moment, the best athlete on the planet is Lionel Messi.

He is the reason alone why football is one of the best sports in the world. Messi plays for FC Barcelona in La Liga. One of the most decorated athletes of the last decade, he has won three straight Ballon d’Or trophies, three UEFA Champions League titles and five La Liga titles.

No other athlete has impressed sports fan the past decade as Lionel Messi.