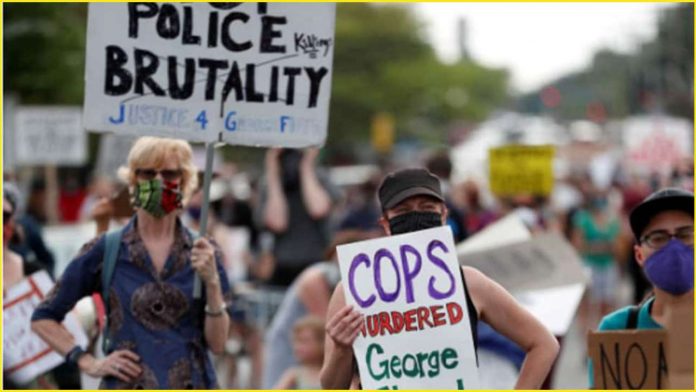 The District of Columbia, where Washington is situated, announced a fresh COVID-19 cases, taking the figures to 8,857, amid the protests that have continued in the city for last few days, leading to delays in the second phase of reopening.

According to authorities on Monday, “a new peak was detected in the data, resetting the District”s Phase One count”, reports Efe news.

The statement said the US capital, with an estimated population of 705,749, on Sunday added 56 new positive novel coronavirus cases which has claimed 468 lives and affected another 8,857 people.

COVID-19 has severely affected the African-American communities, which included 4,119 positive cases – 47 per cent of the total number of infections – and the hispanic groups which has reported 2,336 COVID-19 cases.

The increase in the number of cases was reported soon after the long weekend in the US, due to the Memorial Day Celebrations on May 25, which traditionally marks the beginning of summer in the country and during which families enjoy outdoor activities.

The district had imposed Phase One of reopening from May 29 onwards with a reinvention of its public spaces to facilitate restaurants and other businesses to share sidewalks and other areas with passer-by and buyers.

Apart from some sports, the measure affected businesses such as hair salons, that will now attend clients only through appointments along with reinforced safety measures.