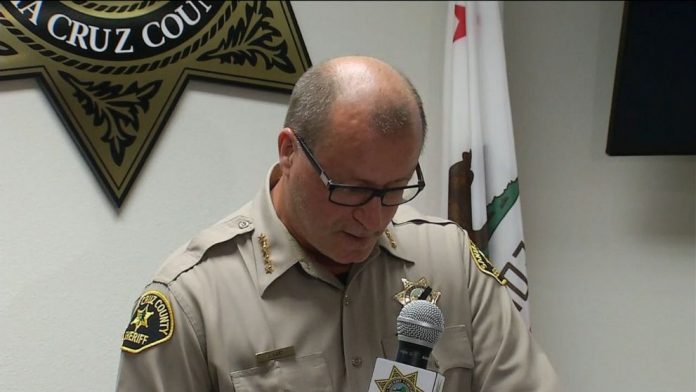 A US Air Force staff sergeant has been arrested for the killing of a Santa Cruz County Sheriff”s deputy in Northern California.

Steven Carrillo, the 32-year-old suspect, serving in a military police unit at Travis Air Force Base, was wounded during the arrest and transported to a hospital on Saturday, reports Xinhua news agency.

He will be charged with murder and other felonies for the killing of sheriff”s deputy Damon Gutzwiller, Santa Cruz County Sheriff Jim Hart said on Sunday.

According to a report by the San Francisco Chronicle on Sunday, the FBI said that the killing of Gutzwiller may be linked to the previous shooting death of a security guard in a similar ambush style outside a federal building in Oakland during demonstrations May 29.

A white van was recorded leaving the scene of Oakland shooting and the suspect vehicle in the Saturday shooting was also a white van.

The FBI is investigating the case in partnership with the Santa Cruz County Sheriff”s Office, the report said.

Gutzwiller, 38, was shot dead after the suspect attacked him and other officers in Ben Lomond of Santa Cruz County on Saturday.

A second deputy and a California Highway Patrol officer were injured.

Gutzwiller responded to a 911 call concerning a suspicious van with firearms and bomb-making materials.

“As deputies began investigating, they were ambushed with gunfire and multiple improvised explosives,” Hart had told the media on Saturday.