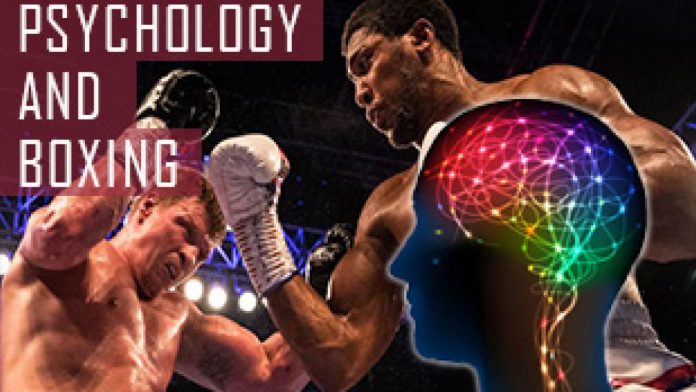 For years, boxing was thought to be a physical and testosterone-filled sport where physical force and ferocious egos drove a match and filled seats around the ring. While the game’s ruthlessness may be what attracts fans, it is the psychology of the sport that truly represents a great boxer. The mental strength and endurance of any fighter can make or break how prosperous they are on any given day. In the boxing world, this is termed as “mind management.”

Mind management consists of four different areas that benefit a boxer in taking control of a match and improving his overall capacity to perform: Calm under stress, a relentless sense of focus, mental strength, and lack of self-blame go wrong.

To be a champion boxer, it is imperative to possess all four of these traits. Many fighters fail due to built-up stress, nervousness, uneasy feelings, and failure to control their brutes. Being able to stay patient under pressure may be one of the essential characteristics of the mentality of a boxer. If a boxer isn’t able to manage his or her ability to calm his/her nerves or push aside anxious feeling before a big match, it may affect the capacity to keep a clear head and physically perform to the best of his/her ability. Having a ruthless sense of focus is the secret to countering negative feelings and stress.

Opposing boxers continuously try to threaten their opponents by getting into their heads and taking their minds off the match. Mental strength plays a significant role before and after a fight. If a boxer loses a big game and cannot overcome the feeling of frustration or defeat, it could lead to a descending spiral in his/her upcoming matches. This is where self-blame and low self esteem creeps in.

As a boxer, one will inevitably lose a big game at some point in his/her career. Those who can rise above and work harder will be much better off than those who take the loss personally.

Being disciplined enough with their diet, environmental training, sleeping habits, and mental toughness, along with their failure and successes, separates the good boxers from the great. No matter how experienced or dope a fighter might be physically, this will count for nothing if the boxer is not equipped mentally.