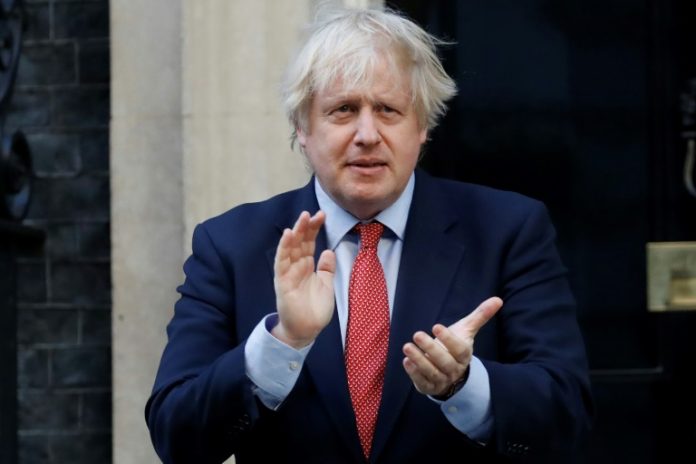 British Prime Minister Boris Johnson said Tuesday he would offer millions of Hong Kongers visas and a possible route to UK citizenship if China persists with its national security law.

“Many people in Hong Kong fear their way of life — which China pledged to uphold — is under threat,” he wrote in an article for The Times newspaper and the South China Morning Post.

“If China proceeds to justify their fears, then Britain could not in good conscience shrug our shoulders and walk away; instead we will honour our obligations and provide an alternative.”

Another 2.5 million people would be eligible to apply for one.

“If China imposes its national security law, the British government will change our immigration rules and allow any holder of these passports from Hong Kong to come to the UK for a renewable period of 12 months and be given further immigration rights, including the right to work, which could place them on a route to citizenship,” he wrote.

The new law was brought in after a wave of pro-democracy protests in Hong Kong, and approved by Beijing’s rubber-stamp parliament as necessary to tackling “terrorism” and “separatism”.

Opponents fear it will lead to political oppression in the financial hub, eroding freedoms and autonomy supposedly guaranteed in the 1997 handover from Britain to China.

Johnson said the Hong Kong law would “curtail its freedoms and dramatically erode its autonomy”.

If implemented, “Britain would then have no choice but to uphold our profound ties of history and friendship with the people of Hong Kong”, he wrote.

London has already announced plans to extend visa rights to those eligible for BN(O) passports and joined international condemnation of Beijing.

“I hope it will not come to this,” he wrote, insisting that “Britain does not seek to prevent China’s rise”.

“It is precisely because we welcome China as a leading member of the world community that we expect it to abide by international agreements,” he wrote.

He rejected as “false” claims that London organised the protests, adding: “Britain wants nothing more than for Hong Kong to succeed under ‘one country, two systems’.

“I hope that China wants the same. Let us work together to make it so.”