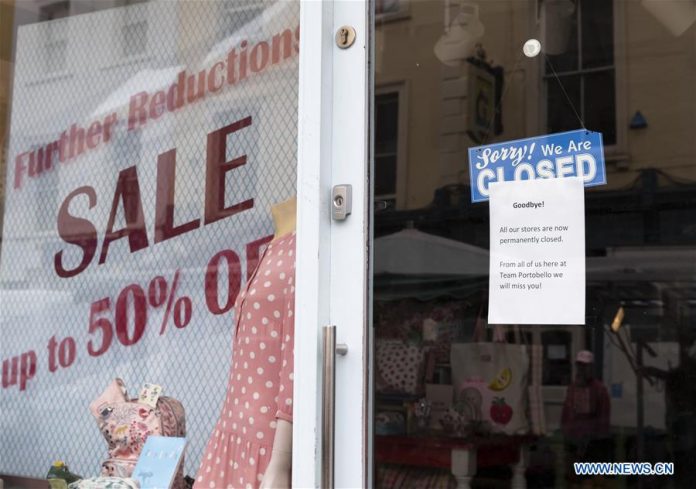 “April’s fall in GDP is the biggest the UK has ever seen, more than three times larger than last month and almost ten times larger than the steepest pre-COVID-19 fall,” said Jonathan Athow, deputy national statistician and director general for economic statistics at the ONS.

Data showed that record slumps were seen across all sectors in April, with services, production, manufacturing and construction dropping by 19.0 percent, 20.3 percent, 24.3 percent and 40.1 percent, respectively.

Notably, both the production and manufacturing sectors recorded the largest monthly plummet since 1968, figures revealed.

Meanwhile, GDP declined by 10.4 percent in the three months to April compared with the previous three-month period, as “government restrictions on movement dramatically reduced economic activity,” the ONS said.

The Trades Union Congress (TUC), a British union representing 5.5 million workers, tweeted that the shocking plummet in April indicated that “we can’t abandon people to the misery of long-term unemployment.”

“Workers urgently need a job guarantee scheme and a national recovery plan with jobs at its heart,” said the TUC.