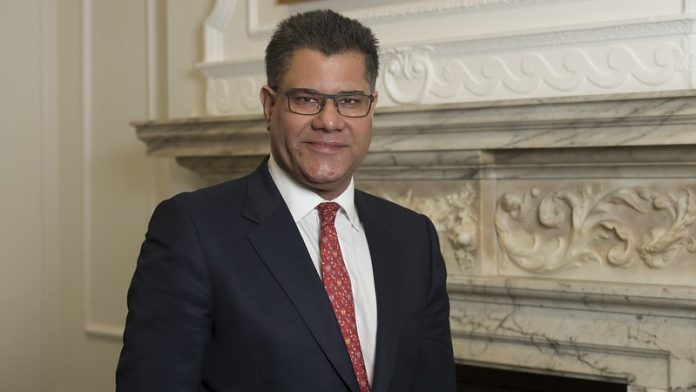 Alok Sharma, the UK”s Indian-origin Business Secretary, is self-isolating at home after becoming unwell in Parliament.

Sharma looked uncomfortable while taking part in a debate on Wednesday, mopping his brow several times with his handkerchief while speaking, reports the BBC.

During the debate, Sharma”s opposite number, shadow business secretary Ed Miliband, passed him a glass of water at one point.

“Alok Sharma began feeling unwell when in the Chamber delivering the second reading of the Corporate Insolvency and Governance Bill,” the Secretary”s spokesman said on Wednesday.

“In line with guidance he has been tested for coronavirus and is returning home to self isolate.”

His test results were awaited.

Sharma was pictured in Downing Street on Tuesday, and took part in votes in the Commons later that day.

On Wednesday, he was in the Commons chamber for nearly an hour while leading for the government on the Corporate Insolvency and Governance Bill.

Northern Ireland Secretary Brandon Lewis told the BBC “we are a bit ahead of ourselves”, as Mr Sharma”s results have not come back yet.