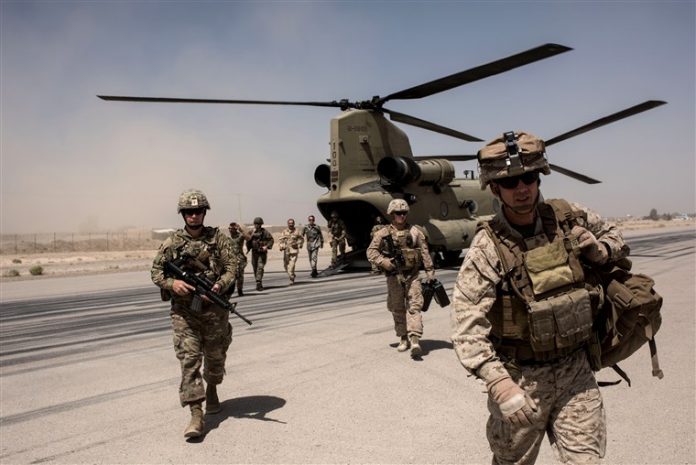 The United States has reduced its troops level to 8,600 in Afghanistan, fulfilling its first phased pullout obligation under the U.S.-Taliban deal, a U.S. general said on Thursday.

Commander of U.S. Central Command Kenneth McKenzie said at an event that the United States had met its part of the agreement. “We agreed to go to the mid-8,000 range within 135 days,” McKenzie said. “We’re at that number now.”

The agreement also called for the full withdrawal of the U.S. military from the country by May 2021 if the Taliban meets the conditions of the deal, including severing ties with terrorist groups.

McKenzie called the full withdrawal an “aspirational” commitment, but also conditional. “Conditions would have to be met that satisfy us that attacks against our homeland are not going to be generated from Afghanistan,” he said.

Reports are saying that the U.S. administration is looking at a range of options to withdraw all U.S. troops from Afghanistan at an early date, with one possible option targeting this November, when the presidential election is scheduled.

While denying setting a target date, President Donald Trump said last month that he expected a full withdrawal of U.S. troops from Afghanistan “as soon as reasonable.”

Trump reaffirmed this notion during his remarks to graduates of the United States Military Academy over the weekend. “We are ending the era of endless wars … we are not the policemen of the world,” he said.

The war in Afghanistan is the longest one in U.S. history. The death toll of U.S. service members has surpassed 2,400 since the country invaded Afghanistan in 2001.