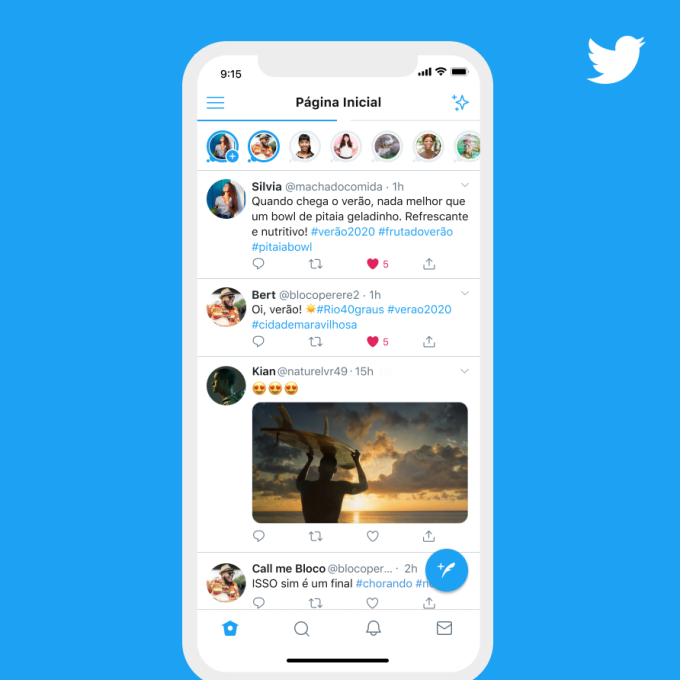 (IANS) Twitter on Tuesday announced to bring Fleets feature in testing phase to India that, once selected, will make tweets disappear after 24 hours and have no retweets, likes or public comments.

Taking inspiration from Snapchat “Stories”, the tool is currently under the testing phase in Brazil and Italy.

Fleets will be available for everyone in India on Twitter for iOS and Android in the coming days in updated app versions, the company said in a statement.

“We are excited to bring the Fleets experiment to India and make it one of the first three countries in the world to experience this new product. From the test in India, we”ll learn how adding a new mode of conversation changes the way Indians engage on Twitter,” said Manish Maheshwari, MD, Twitter India.

Like tweets, Fleets are based primarily on text, but people can include videos, GIFs or photos in them.

People can see who”s seen their Fleet by looking underneath a post. They can tap on someone”s avatar to see what the person has shared since they last were on Twitter.

Alternatively, one can also find an account”s Fleets by looking on their profile page.

“It”ll be interesting to see if it further amplifies the diversity of usage by allowing people to share what they”re thinking in a way that is light-touch and light-hearted,” said Maheshwari.

To view someone”s Fleet, one can tap an avatar to see their latest Fleets.

To engage with your followers on Fleets, buttons to reply and react are available when Direct Messages (DMs) are open.

“Followers can reply privately via DM or quickly react with an emoji, and continue the conversation privately in DMs. Replies and reactions will appear in DMs along with the Fleet they are responding to,” said Twitter.

“We want people to be able to have conversations on Twitter in different ways, with less pressure and more control. That”s why we”re testing a way to share their fleeting thoughts,” said Mo Al Adham, Twitter Group Product Manager.