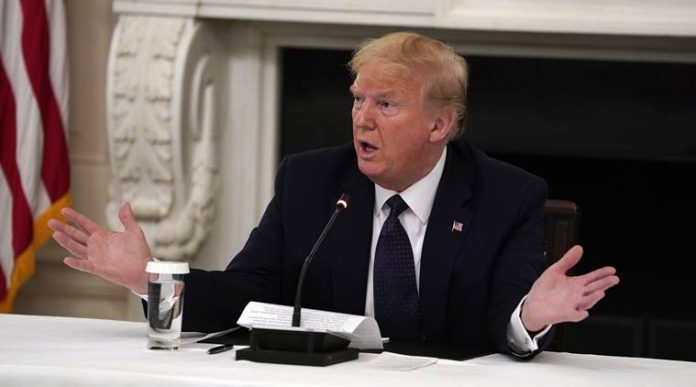 US President Donald Trump claimed that it was “highly inappropriate” for John Bolton, his former National Security Adviser (NSA), to write a memoir about his work in the White House.

“Maybe he”s not telling the truth, he”s been known not to tell the truth, a lot,” Xinhua news agency quoted Trump as saying to mediapersons during a White House meeting with cabinet members.

“I will consider every conversation with me highly classified,” he claimed.

“If he wrote a book and the book gets out, he”s broken the law and I would think you would have criminal problems.”

The President also asked Attorney General William Barr to weigh in on the issue.

Barr said that the administration didn”t believe Bolton had completed the process by which books were cleared by the executive branch for publication.

Asked what the Department of Justice was doing about Bolton”s book, the Politico news website quoted Barr as saying that there were “a number of things, but the thing that is front and centre right now is trying to get him to complete the process  go through the process and to make the necessary deletions of classified information”.

When a reporter asked whether the Department was going to court to block Bolton”s book, Barr said: “I said what we are doing is trying to get him to complete the clearance process that is required.”

Bolton plans to release his memoir, “The Room Where it Happened”, on June 23.

A foreign policy hawk and Trump”s third NSA, Bolton was ousted last year over disagreements with the President on a range of issues.

In the book, according to a news release put out on June 12, Bolton accuses Trump of repeatedly endangering national security  and committing a series of potentially impeachable offenses  to boost his re-election prospects, said the Politico report.

Bolton will also knock House Democrats for too narrowly tailoring their impeachment inquiry last fall, arguing that he could provide evidence of similar transgressions “across the full range of his foreign policy”.