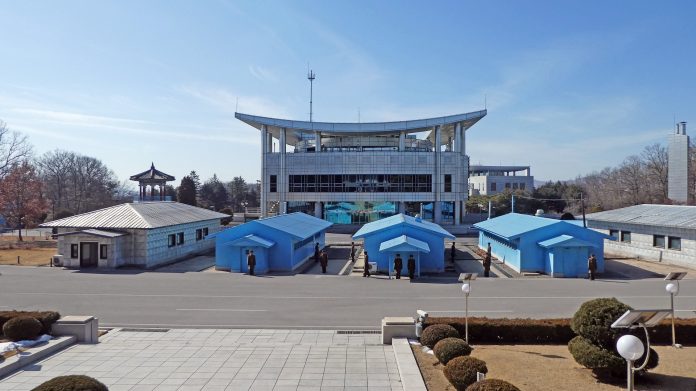 The Korean Demilitarized Zone is a piece of land running across the Korean Peninsula. It is installed by the provisions of the Korean Armistice Agreement to serve as a buffer zone between North Korea and South Korea. The demilitarized zone (DMZ) is a border fence that divides the Korean Peninsula roughly in half. It was formed by an agreement between North Korea, China, and the United Nations Command in 1953. The DMZ is 250 kilometers (160 miles) long, and about 4 kilometers (2.5 miles) wide.

Within the DMZ is a conference point between the two nations in the small Joint Security Area (JSA) near the western end of the zone, where meetings are conducted. There have been several incidents in and around the DMZ, with military and civilian casualties on both sides.

Can you Travel there?

It makes a great Travel Destination for people.

Korean DMZ is a mere 30 miles north of Seoul, but it has been considered the most volatile place on earth. However, that doesn’t stop thousands of tourists every year. People come to witness one of the last surviving borders of the Cold War and peek into the most politically segregated nation on the planet.

Exploring the DMZ needs concrete preparation. You will have to join an official tour group, which can cost up to $80, and get safety clearance for many stop-off points, which can take up to three weeks.

Remember, both the parts of Korea are still involved in a hot war, and the DMZ symbolises a painful past as much as it does the hope of reunification. The sad and the positive side are reflected at various stop-offs along the boundary, so do your analysis to decide the place that satiates your curiosities better.

Perhaps the darkest feature of this museum is its light on the human cost of the Korean War. Images of the signed Armistice Treaty, its four demonstration halls containing official missing person reports, diaries from South Korean generals, and letters addressed by American POWs are also among the attractions. It is situated in the Eastern Part of DMZ. You can head here right from Olympic Village. A bus will take you to the nearest town, Goseong. The DMZ Museum is a cab ride away from the Goseong Observatory that enables you to view onto Geumgangsan Mountain in North Korea.

In 1975, a two-mile-long tunnel was found by the South Korean army, which was deep enough to rush 30,000 North Korean soldiers and tanks in and out of the south in just an hour. Today, 500 meters of the tunnel is open to tourists as part of an approved tour group. You can take a bus from Seoul. The tour takes around four hours, and you need to enrol in advance.

It’s a tower that allows guests to see the 63 Building far south, one of Seoul’s most famous skyscrapers, and the Songaksan Mountain border far north. The capability to see deep into both countries simultaneously is intended to serve as a strong message for reunification. You do not need to visit as part of a touring club, the subway from Seoul links to a bus that will take you through. As a prestigious educational institute, Unification Hill is open to everyone with a small entrance fee. It’ll take an hour or two of your day. It’s definitely a place to not miss – the most shocking take away from Unification Hill may be the immediate and stark difference that is noticeable between the north and the south sides. You’ll hear cars on the south and see a surge of humankind and movement between the visitors and the nearby movie theatre – to the north, only a propaganda village. We assure you, you won’t see a person there.