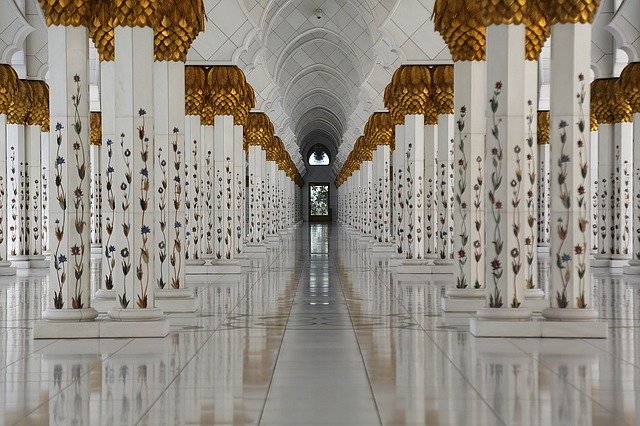 There are some enchanting adventures to be had when traveling to Abu Dhabi, so don’t even think of just sleeping it off in the hotel. Apart from heartstopping skyscrapers, there is a vibrant culture and story to traverse as well as romantic scenery and a remarkably unprecedented eco-system. There is so much to do in the area that it can be almost unbelievable, so here’s our complete guide to the best things to do in Abu Dhabi.

Sights and sounds of the Corniche, the elegant beachfront area should be your first step. Advertised as Abu Dhabi’s number one tourist spot, there is something for everyone here, whether you want a shady spot to relax, a children’s play area to entertain the kids, or a restaurant serving the best in international cuisine.

If you’re more engrossed in the history and culture of the area than the performance it has to offer, head to the Sheikh Zayed Grand Mosque. This gorgeous, white building is a treat to eyes. If you’re visiting this place during Eid, you may see up to forty thousand worshippers visiting here. To give an idea of the size, the central prayer hall alone can hold up to 5000 people.

Abu Dhabi is not merely about city sightseeing, however, so when the bustle of the city becomes too much, head as far away from it as likely to the Qasr Al Sarab Desert Resort in the heart of the Liwa Desert. The rooms here are incited by the understated beauty of an old desert fortress, and because the hotel retreats in the middle of the desert, you truly do feel as though you have time-traveled from the twenty-first century back to some point in time where magical carpet rides were true and you may have come across a magical lamp at any time. Indeed, the rooms are furnished with regionally handcrafted furnishings, lush carpets and elegant antique objects, all of which could easily have been part of the Sultan’s treasure.

Without leaving the desert, you can have another one of the most mysterious experiences in Abu Dhabi, sand skiing at the Liwa Oasis. Just as it sounds, the Liwa Oasis is an island of green flora in the middle of an ocean of sand. Despite its remoteness and well-preserved sense of Bedouin culture, it is the historical home of the Nahyan family, the leaders of Abu Dhabi and the UAE as a whole. Sand skiing is one of the most unusual and compelling experiences you can have in Abu Dhabi, but make sure to wear your shades!

Moving away from the desert, you may like to conquer this wonderful and panoramic country at Jebel Hafeet, the country’s highest named mountain (there is a higher knoll, but it was never mentioned). Here you’ll find grand views of the city of Abu Dhabi and some beautiful natural wildlife as well as a hidden natural cave system.

Lagoons are possibly not what you expect to see in a desert country like this, but for some of the most impressive sights in the country visit Futaisi Island where you’ll find just this. Technically it’s a golf and country club, but here you’ll find some of the island’s most fascinating natural birdlife such as ospreys, Socotra cormorants, Terek sandpipers, and plovers as well as voyaging flamingos.

7 Things to Do on Your Next Lake Trip