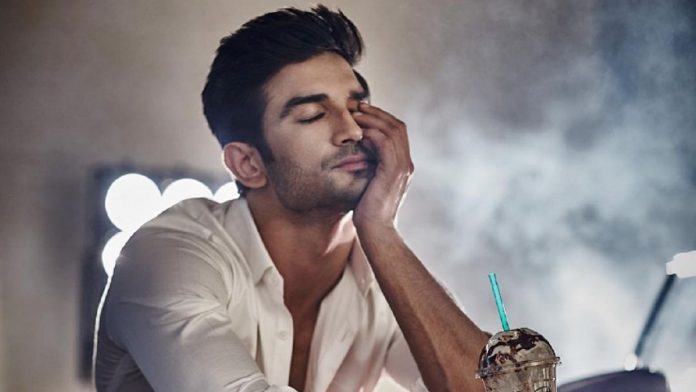 15 June 2020 was a random, usual Sunday. Some should be preparing Sunday specials in their kitchens, planning to watch a movie with their families. Some, perhaps, should be loading their washing machines for weekend laundry or relaxing, playing with their children! A day of rest and saying prayers.

No one knew until the afternoon, that it would turn out to be a terrible day for the family and fans of the leading, vibrant star Sushant Singh Rajput.

The 34-year-old actor was found hanging at his Bandra apartment on Sunday morning by his friends and domestic help who alerted the police. He was reportedly suffering from depression for past six months. He has left behind his father and three sisters and a piece of lunar land on the far side of the moon.

A young dreamy boy from Patna, Bihar shifted to Delhi with his family after his mother’s demise in 2002; continued to become National Olympiad Winner in Physics and further securing admission in the Bachelor of Mechanical Engineering class in Delhi College of Engineering with India rank 7 the next year. After practicing dance, theatre, and TV (a ZEE TV daily soap, Pavitra Rishta of Balaji Telefilms from 2009 to 2011), he went on to the US to pursue a filmmaking course and then eventually in 2013, launched himself as a lead actor in his first Bollywood movie Kai Po Che!

As Manav of Pavitra Rishta, he touched the hearts of millions of women across all classes and as Ishaan Bhatt, he became the sensational heartthrob of millions of people across the nation. In Kai Po Che! everyone loved the naturally youthful Ishaan and in Kedarnath, everybody shed tears on the on-screen death of cheerful, romance hero, Mansoor.

I personally fell more in love with the actor after watching his ‘Asian Paints – Where the heart is’ video where he took his fans on a tour to his newly bought home. His passion for books, astronomical instruments like his gigantic telescope, science gadgets, old-time stories, and creative innovations was evident in each nook of his brightly-coloured home. His collection of books on psychology, space science, fiction, and interstellar and specifically that tilted ‘I DON’T DO NORMAL’ board on the wall gave an idea of his charismatic persona.

Every time he smiled through his intense eyes, everyone swooned over him. In one of his interviews with Anupama Chopra, he admitted how he would go to the malls only to get recognised by the public when he was doing Pavitra Rishta and he started to become famous. He continued saying, “But after a point of time, you get used to it and you come back to the same mental state of the sensibility. So, it is not what that will drive you for the rest of your life, no matter how successful, rich, or recognised you are. It’s not the pursuit of happiness. It’s the habit of happiness. When you do what you do, you don’t care what people say.’

How optimistic, full of life the man was! How prudent, spiritual, and thoughtful the actor was!

How could he think of ending his life one Sunday, after having a glass of juice!

In the same interview he said, ‘If I don’t get films next year, I would do a play, or I probably would work in TV. I don’t care if I don’t get any of these things. I would buy a 5D camera, I will make a short film with myself being the solo hero in that film. I don’t care. It’s just the equation with what I do. I just want to act.’

The same man is said to have lost hope in the last six months. Sad.

The super talented, versatile actor who did a dozen of movies in only seven years of his career, left behind a legacy of excellent blockbusters that includes his latest Chhichhore and critically acclaimed Sonchiriya.

The entire nation remains shocked and deeply saddened, trying to solve the mystery of his suicide. Was it really depression or somebody played a shrewd game? Was the reason of his depression the breakups, financial crisis, or bullying? Was it really a suicide or a murder? Why did not he leave a note? What drove him to take this miserable step?

Whatever. People are mourning. They are broken.

After his cremation, Vivek Oberoi posted a long Instagram post mentioning how brutal the fraternity could be to an outsider.

What disturbs me the most, like anyone else, is that an entirely self-made actor who was endearing and engaging at the same time, will not be seen anymore around. We won’t be hearing his laughter and watching him dance like he did in Bach Ke Bakshy Song from Detective Byomkesh Bakshy.

I wish, if he could have fought like Stephen Hawking or have asked someone to help him like John Nash did in ‘A Beautiful Mind’. After all, he was a big follower of astronomy and scientific discoveries!

I wish if he could have continued his fascinating, charismatic journey from being Manav to Ishaan to M S Dhoni to Lakhan!

I wish this story called Sushant Singh Rajput would not have ended on such a gloomy note!