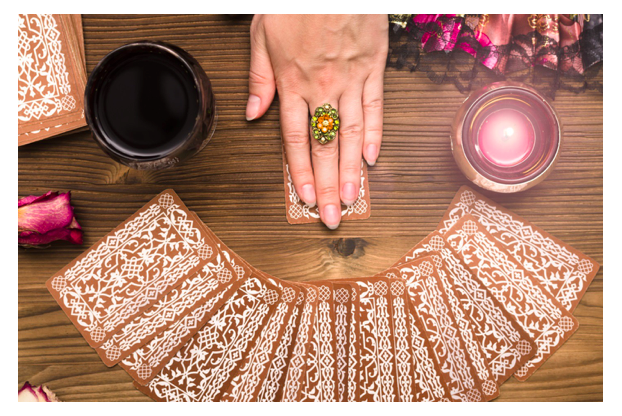 Are you trying to learn more about the different types of magic? If yes, you should check out our informative guide right here.

Practicing magic dates back to ancient Mesopotamia in the first millennium. At the time, magic was a part of daily life, a way to understand the signs of the universe to predict the future and solve daily problems.

Since then, magic has fallen out of the social norm. Nonetheless, the different types of magic are vital for understanding magic’s history. Thorough understanding works to destigmatize an ancient practice that many still find value in today.

If you’re curious about the different types of magic, keep reading for an enlightening overview.

The Intent of Magic

By its nature, magic is inherently neutral. It is neither good, nor evil, but its morality depends entirely on what the user decides to do with it.

Therefore, white and black magic depends more on intent than they do on the magic itself. White magic is a term typically applied to the magic that does good for others and the community or world as a whole.

On the other hand, black magic is magic performed with malice and ill-intent.

Even still, some forms of magic are morally dubious. These include magic such as love magic or divination, which is neither necessarily “good” nor “bad” and the debates continue.

For more information, check out this guide to white magic written by Ask Astrology.

The Categories of Magic

Magic is generally divided into three general categories, low magic, intermediate magic, and high magic. While this didn’t necessarily have to do with the skill of the practitioner, high magic is much more difficult to perform than low magic.

Here we’ll go into the difference between each category of magic.

Low magic focuses on the laws and forces of nature. Rituals and spells that have to do with these elements as with Folk Magic and Nature Magic are two types of low magic.

Typically low magic focused on spells of luck and love, fertility and healing, and other matters of importance relevant to the common man.

Historically, low magic was practiced by common folk for common purposes. Since these practitioners were often illiterate, there are very little historical written records of low magic.

High magic focuses on rituals and universal laws. It was historically practiced only by the well-educated because it required extensive book learning and precise ritual practices. This is is why it’s often referred to as ceremonial magic too.

This is a misnomer. Ceremonial magic is a type of high magic, but not all high magic is ceremonial. Most high magic does involve specific rituals or ceremonies.

High magic focused beyond day-to-day lives and instead relied heavily on spirituality and some concept of the soul or spirit realm.

Different things are used to practice magic, and each has different meanings and purposes. Here are some of the most common forms of tools used in magic you’ll see throughout several different types of magic.

Rituals are most often used in high magic, but they can be used in intermediate and low magic as well. Rituals often combine words, movements, and ingredients to complete a specific magic goal.

Rituals are the most commonly used tool throughout magic. Depending on the specific branch of magic, rituals typically gather energies from powerful ingredients and intents to pursue the ritual’s goal.

Similar to color theory, color magic uses the types of energy different colors attract. Each color attracts different values or elements. The practitioner lights the candle and focuses on their intention.

Like with most tools used in magic, color magic tends to overlap with other elements like candles or even stones to help create the desired effect.

Some forms of magic, like high magic, are very specific on the proper use and amount of tools, while more common low magic has a looser feel to it and elements can be combined more freely.

Candles are one of the most common tools in magic. They help to focus energy and aura.

Candles are common in spellwork as intense as ceremonial work, or as basic as lighting a candle that aligns with your intentions and focusing on those intentions as the candle burns.

Candle magic works especially magic when mixing it with stones and colors of your desired goal.

Herbs are another popular tool in magic, and they’re typically portrayed in art depicting magic users. Herbs are used in remedies and sometimes different spells or rituals.

The most widely known use of herbs in magic is burning sage to clear a space of negative energy. Nonetheless, herbs uses in magic are nearly endless.

If you walk into any magic shop, you’ll notice stones are nearly everywhere. They’re popular in folk magic and low magic. Different stones line up with different energies and purposes, and learning how to harness them is key to incorporating stones in magic practices.

Understanding the Different Types of Magic Is Vital

There are several different types of magic, each with their values, tools, rituals, and purposes. Understanding their history and uses clears up the stigma behind the magic as a whole, and may even open doors to pursuing some elements of magic in your own life.

There are a lot of different kinds of magic, and this is a general overview of the tools, intents, and categories. If you want to pursue magic, you should pick an area that interests you and focus down on those specifics.

In a way, magic is like religion. While they all share some similarities, they’re all very different too, and each requires its dedicated study.

At Now You Know Daily, we provide fascinating and valuable insights to topics ranging from self-help, science, technology, and more. Did you like this? Share your comments, thoughts, and questions below!