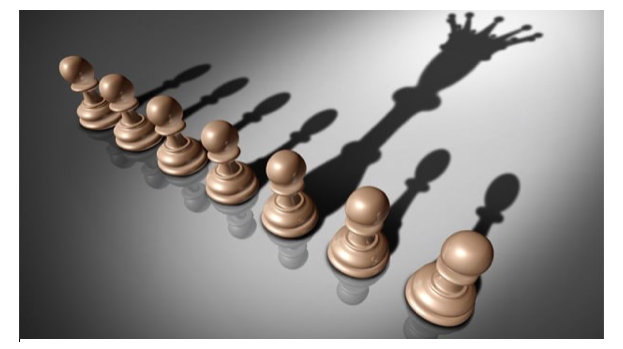 Bravo! You’ve been asked to lead a change initiative! But there’s a catch – its success relies on the cooperation of various people across your organization over whom you have No Formal Authority.

Now, the change initiatives often involve multiple cross-functional teams to come together and work towards the common goal.

Like olden times, Command and Control Leadership approach doesn’t get a manager very far! On the contrary, it’s Lateral Leadership which has a much higher chance of success for the change initiative to work. Hence, as the business landscape continues to shift, exerting influence without authority becomes an increasingly important skill for managers to build.

Leading without relying on authority is a higher-order evolutionary skill. It supports developing adult relationships based on mutual objectives and creating work environments grounded in respect for human dignity.

The list I have provided is from my experiences in the past of sources of personal power and credibility – ways in which to get others to pay attention to your ideas, vision, solutions, etc.

WALK THE TALK – Strong character is the starting point of influence and it often stems from one’s awareness about self. One has to lead by example and be congruent in the thoughts, words and deeds from the core. People will believe that you are motivated by a common good and not a personal gain.

PAINT THE PICTURE – Paint the picture of the possible future, give them their WIFM which would eventually serve as an anchor to hold on to. This is the most basic persuader of all: Self-interest! Not to forget, that it works the best when the Canvas is left unfinished so that others can participate in its creation!

LOGIC OF EXPERTISE – There is no better substitute to content, knowledge and experience to build Credibility. Do you understand the process needed to accomplish the objective? You can influence by providing a clear logic, an explanation of the benefit, and reassurance that it is the right course of action. Use your expertise to underpin the recommendations & requests.

BANK SOCIAL CURRENCY – Get to know people, form deeper connections and invest in those relationships. People who trust you will be much more willing to follow you. You can influence people by appealing to the Emotional Connection. Finally, a sense of camaraderie also goes a long way to encourage people to solve for the problems together.

BUILDING COALITION – It is a known fact that several people who are collectively advocating an idea exert more influence than a lone proponent. For this reason, coalition building plays a vital role. Beginning of a powerful coalition starts with the question about whose buy-in is most crucial for the project delivery. More often than not, uncommon coalitions create unexpected results!

POWER OF NETWORKING – Cultivate a broad network of relationships whose support is needed to carry out the initiatives. Your ability to lead without authority will grow in proportion to one’s ability to garner the right support and adequate resources needed for the projects’ success. People will trust that you can help them become a high performing team & fulfil their objectives.

Too often, we tend to rely on one particular approach to influence people but its best to build your muscle before you need it. When you develop more of these portals, you always have a Plan B to fall back on.

When we shift from authority-based to influence-based leadership, we have to accept that we are not always in control. However, the reality is that we actually never were.